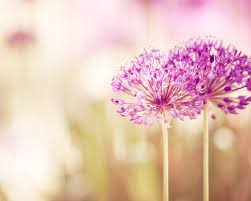 Margaret Thompson Cosper Heinberg passed from this earth on Tuesday, March 29, 2016 at her home in Fairhope, AL. Born in Butler County, AL on February 5, 1926 to Manning and Frances Thompson. She spent her early years in Forest Home, AL and finishing school in Childersberg, AL. After graduating, she moved to Mobile and worked as a secretary with the U.S. Navy and Central Finance Company.

She married Ernest B. Cosper and had one son, James Manning Cosper. They lived in Mobile and later moved to Birmingham and were very active in the Cub Scouts and school activities. After the death of her husband, she and Jim moved back to Pensacola to be near family. She worked in Pensacola for the Florida Highway Patrol as a secretary and later received her license and became a Realtor and secretary with Better Homes Realty. She loved to dance and took dancing lessons where she met her soul mate, Ira Heinberg. After the death of her son, she married Ira and spent time boating, golfing, cooking, listening to music and being with their many friends. Margaret was strong in her faith, loved her family and many friends. Her presence will be missed.

Funeral services will be held at 2:00pm on Saturday, April 2, 2016 at Grace Fellowship Church, Hwy 33, Fairhope, with Pastor Bill McMurray officiating. Visitation will be held one hour prior to the service. Interment in Montrose Cemetery. Expressions of condolence may be offered at www.hughesfh.com. Arrangements are by Hughes Funeral Home, 7951 American Way, Daphne, AL.