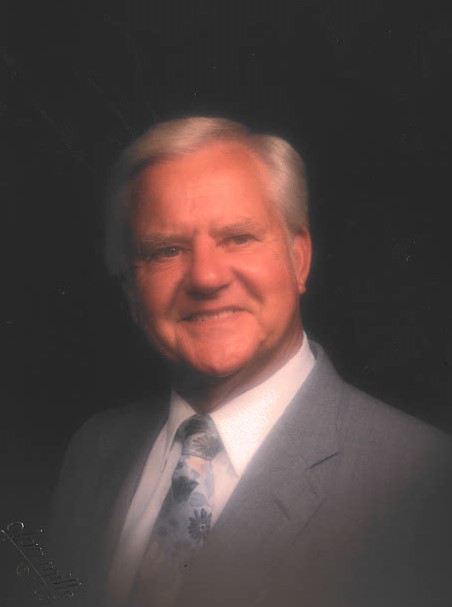 Rev. Wallace Duncan Curlee, age 92, a native of Herrin, IL, and a resident of Mobile, AL since 2002, was promoted on Friday, May 17, 2019. Rev. Curlee was born on February 13, 1927 in Herrin, IL. He was a veteran of the US Navy and married his wife of 56 years, Alba Detto of Herrin, IL on September 24, 1947 in Hope, AR. He received the Lord as his Savior at the age of 28 in 1955 and answered the call to preach and was ordained as a minister of the gospel in Tinley Park, IL.  His first pastorate was at 2nd Baptist Church in his hometown of Herrin.  While serving, he went back to school, receiving his GED and then enrolled in Southern Illinois University earning his degree in Bachelor of Arts on June 14, 1961.  Several years later, he enrolled in Southwestern Seminary in Fort Worth, TX, earning a Master of Divinity in their School of Theology.  At that time, he was also pastoring at 1st Baptist Church of Forest Hill, TX.  He continued pastoring 2nd Baptist Church of Marion, IL, then at Houston Covenant Church in Houston, TX.  In his later years, he ministered ad pastored the Hispanic congregation of Vino Nuevo in Houston.  He also taught the men’s Bible study class at West Mobile Baptist Church. Rev. Curlee served the Lord faithfully for over 63 years.

Rev. Curlee was preceded in death by his wife, Alba Pauline Detto Curlee; his parents; six brothers and his half-sister.

A celebration of Rev. Curlee’s life will be held at West Mobile Baptist Church, 7501 Airport Blvd., Mobile, AL on Saturday, May 25, 2019 at 1:00 p.m.  Family will receive friends for a time of visitation after the service.

And my God will supply all your needs according to His riches in glory in Christ Jesus. (Philippians 4:19)  “And the word of the Lord came to him.”

In lieu of flowers the family asks that donations be made in his memory to Triumphant Mercy Ministry, 6016 Laurel Wood Court, Mobile, AL 36609.