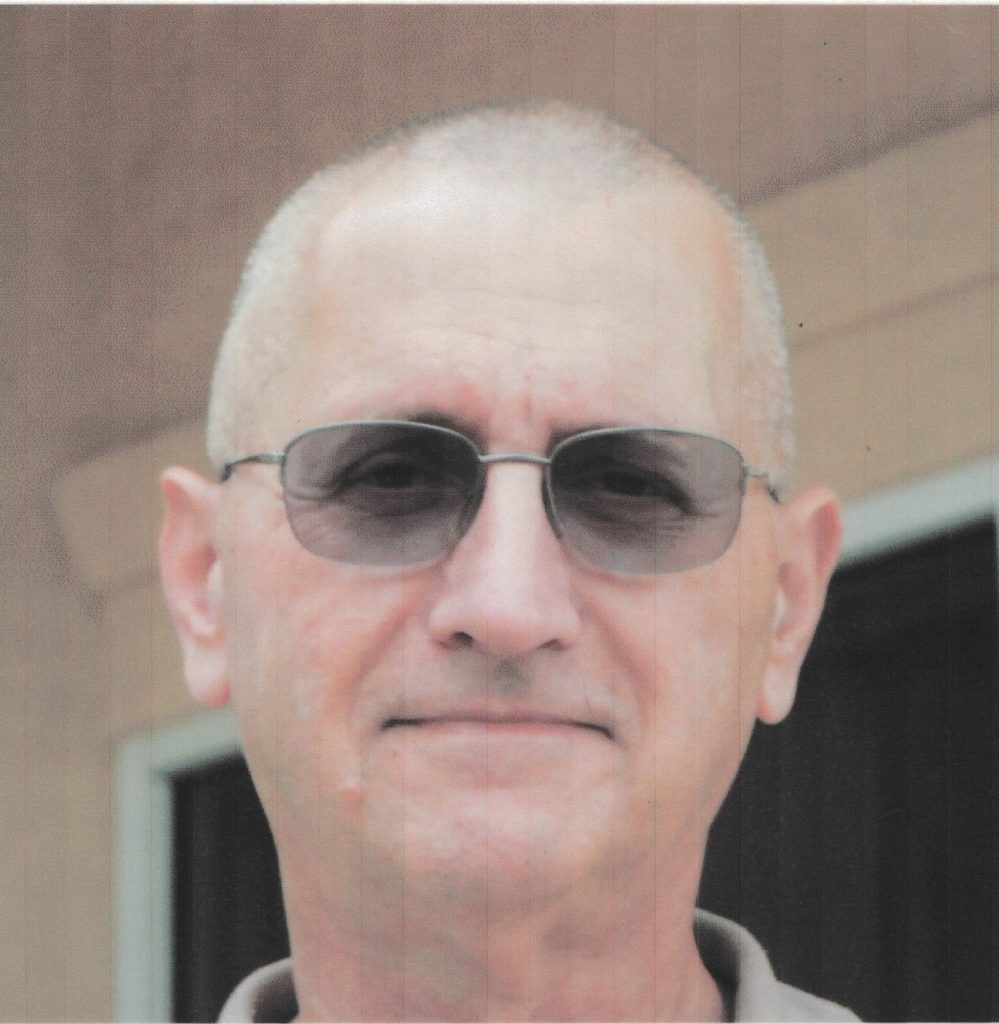 He was born on December 16, 1944 to Mena H. Dahmer Donoghue and George Lanno Donoghue, Jr. at Allen Memorial Home in Mobile, Alabama. George is the oldest of his sisters and brothers. I must say, they all love him greatly.  He attended school at McGill-Toolen High School and college at Spring Hill College, both in Mobile.  He entered the US Navy in 1966 and was recognized as a leader right away and was appointed as the RCPO, or Recruit Chief Petty Officer.  After serving 4 years, mainly at the Naval Hospital in Jacksonville, Florida, he was honorably discharged.

It was in Jacksonville, Florida where he met and married, Peggy Stephens in February of 1968. They were married for 51 years. Peggy says George was the love of her life.  Also leaving to cherish his memory are his 2 beloved daughters whom they love and are very proud of …. Anita and her husband, Fred Roback, and Christine and her husband, Jeffery Johnson.

George and Peggy have 2 grand sons and 3 grand daughters and 1 great grandson that they love dearly.  Also, he leaves behind other family members, Dudley Davis, and many other aunts, uncles, cousins, other relatives and friends who he also loved.

After he was discharged from the Navy, George went back to school and became an RN. Part of his working years he was a Detail Rep for a Pharmaceutical company. His greatest love though, was his working as a nurse at Thomas Hospital for 23 years before retiring. He absolutely loved his career in nursing and caring for people…. It was who he was.

George was a brilliant man with much knowledge about so many things…. especially science. He was an avid reader and excellent communicator. He was athletic… lifting weights and practicing Karate. He loved sky watching with his beloved telescope. He knew much about cars and loved to build them and “modify” them…. same with computers.  Maybe his most beloved of all, though, was music as he was an accomplished French Horn player. George loved the Lord and his country. He could sound a shofar like no one I have ever heard. It would vibrate everything around him.

He will always be remembered as a great and kind and loving man.

God has given us His Word and we are comforted with the following scriptures:

“For the Lord himself shall descend from heaven with a shout, with the voice of the archangel, and with the trump of God: and the dead in Christ shall rise first.”

“And God shall wipe away all tears from their eyes; and there shall be no more death, neither sorrow, nor crying, neither shall there be any more pain: for the former things are passed away.”

Burial will follow immediately at the Alabama State Veterans Memorial Cemetery, 34904 AL HWY 225, Spanish Fort, AL 36577. Expressions of condolence may be offered at www.hughesfh.com. Arrangements are by Hughes Funeral Home in Daphne, AL.