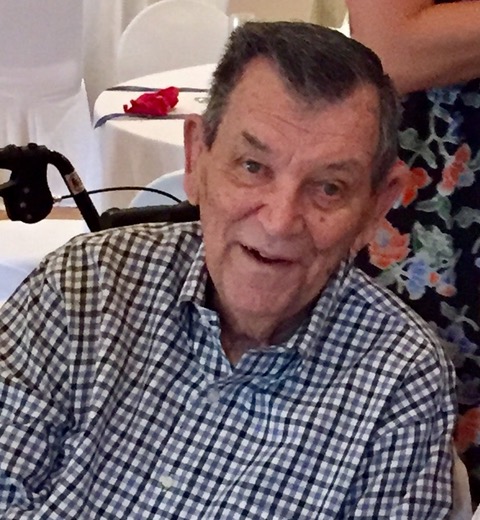 James M. Helland, 93, passed away November 8, 2019. James was born April 8, 1926 in Mobile, Alabama. He graduated from Murphy High School in 1944 and enlisted in the Navy. He served as a signalman. After his discharge, he attended Springhill College.   James enjoyed working at the GM&O Railroad and had many friends there. He was proud to be the Secretary of his union at the railroad. He enjoyed retirement even more and was a valuable volunteer at Providence Hospital.   He most recently was a resident at Atria Assisted Living. He was a former member of Oakdale Baptist Church, Old Spanish Fort Baptist Church and more recently, St. Paul’s Episcopal Church.

James was preceded in death by his wife, Ouida Brantley Helland (1993), and his son, Jim Helland, in July of this year. He is survived by his daughter, Molly, and Son in Law, Michael DuBose, of Sparta, N.C. He loved being a grandfather to Brantley DuBose Alvey (Scott) of Charlotte, N.C .and Emma DuBose of New York City and great grandfather to Liv and Maggie Alvey of Charlotte, NC. He was also preceded in death by his former wife, Emily Zimlich Helland (2014). He really enjoyed being Papa James to her grandchildren: Temple, Hallie, Sophia, Amelia Rose, Isabella, Shipley, and Julius.

The family wishes to thank the kind staff of Saad’s Hospice for their service. DuBose family members Leighton and Erin DuBose, Mitchell and Susan Lattoff, and Una McFadden were very kind and helpful in every way.

A service in memory of James will be held at 11:00am, Thursday, November 14, 2019 at  St. Paul’s Episcopal Church Chapel at 4051 Old Shell Road in Mobile. Visitation beginning at 10am.   Expressions of condolence may be offered at www.hughesfh.com.  Arrangements are by Hughes Funeral Home, 7951 American Way, Daphne, AL, 36526.