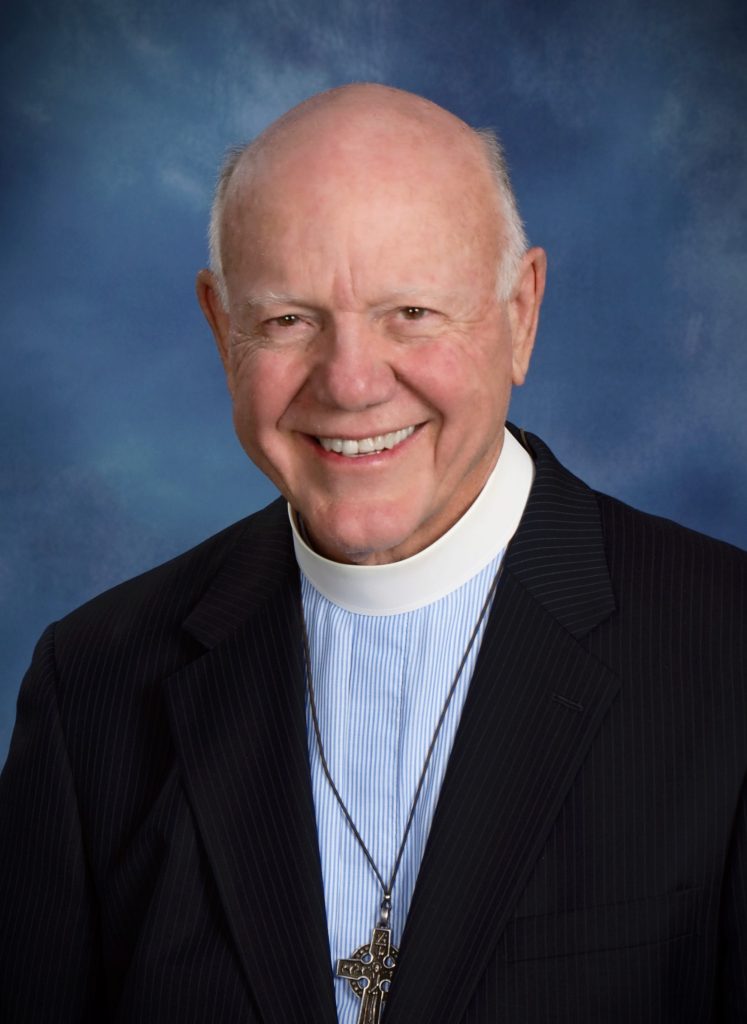 Arnold loved Jesus, ice cream and his family.  He enjoyed sports and served the Episcopal Church faithfully as a priest for more than fifty years. He encouraged everyone to laugh and grow in love for each other and Christ.

Arnold was born February 25, 1937, in Laurel, MS to Arnold A. Bush, Sr., and Lillian White Bush. He was a graduate of Millsaps College in 1959, and the School of Theology at the University of the South (Sewanee) in 1962.  He was ordained a priest in the Episcopal Church in 1963 and served parishes all over the southeast for more than fifty years.  Arnold’s spirituality was nurtured by Faith Alive and Cursillo, and he was committed to sharing the love of God he knew through his devoted work as a Province Coordinator for Evangelism and Renewal in the southeastern Episcopal Church.

Arnold was preceded in death by Margaret Zoe Harvey Bush, his college sweetheart and wife of fifty-four years, and his older brother, Harry Harmon Bush.

He is survived by his wife, Nancy Guthrie Bush of Fairhope, Ala., with whom he traveled widely and who cared for him in his battle with cancer.  He is also survived by his and Zoe’s five children and ten grandchildren, Stephen Bush (Katherine) and John and Henry of Memphis, TN, Andrew Bush (Shannon) and Abigail, Cheyne and Sloane of Edwards, MS, David Bush (Helen) and Avery, Michaela and Zachary of Spanish Fort, AL, Margaret Bush Cassimus (John) and Catherine and Alex of Birmingham, AL, and Elizabeth Bush of Clinton, MS; his brother, James Wray Bush (Shirley) of Laurel, MS; stepson, Charles Harris of New Orleans, LA; his beloved nieces and nephews Linda Burdine (Scott) of Houston, TX, Patricia Johnston (Steve) of Dallas, TX, Harry Bush, Jr. (Carolyn) of Boerne, TX, Michael Bush (Cynthia) of Laurel, MS, Leann Pearson (Kyle) of Allen, Tx, and Clay Davidson (Steve) of Ridgeland, MS.

The entire family gives thanks for all those who cared for Arnold and for the outpouring of love, prayers, and support.