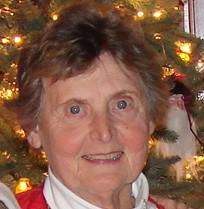 Janet Lynne Lemmons, 81 (1938-2020), a resident of Fairhope, Alabama and native of Ridgway, Illinois, went to be with our Lord on January 9, 2020.  We know she is dancing through Heaven now, because she loved to dance and sing (and often would play the kazoo she always had tucked in her purse).  She was a light in many lives and she will be missed by many.  When she entered a room, she never knew a stranger.

Janet was a graduate of the University of Evansville.  She was a cheerleader and member of the sorority, Chi Omega at the University and worked for the University to put herself through college.  It was where she met her husband, Jerry.

Janet and Jerry have lived in many places over the years:  LeCanto, FL, South Bend, IN, Lake Forest, IL, Baton Rouge, LA, Pittsburgh, PA, and four or five others.  She was a math teacher in her early career then became a Realtor and Real Estate sales manager.  It was in Mount Lebanon, PA where she and Jerry lived for almost 20 years and raised their children, Eric and Dana.  She was a leading realtor/broker and with a partner, she invested in the renovation and reviving of the “South Side”, a neighborhood of Pittsburgh, which helped begin its resurgence.  She loved architecture, and fine things – collecting, studying and trying to fix them.  (She loved her glue because it was her number one tool in her mending endeavors.)

We would like to thank the many people who helped in her care and battle with Crohn’s disease, Dr. Stephen Winston, Dr. Matthew Eves, and the wonderful people at The Brennity in Fairhope who knew her as “The Dancing Fox” as she danced through the halls in her holiday sweaters and made everyone’s day a little brighter.

In lieu of flowers, please send donations to the National Crohn’s & Colitis Foundation in her name or mail a card in her name c/o The Brennity, 50 Spring Run Road, Fairhope, AL  36532.

Expressions of condolence for the family may be  made at www.hughesfh.com.  Hughes Funeral Home, 26209 Pollard Road, Daphne, AL, is assisting the family.