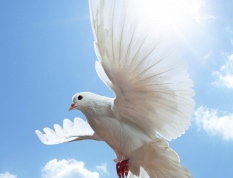 Pete studied Mechanical Engineering at Auburn University then worked for GMN&O Railroad.  He later founded Alabama Construction and Railroad Maintenance in Mobile, AL.  He was an avid hunter, fisher, shrimper and Auburn Fan.  Pete loved the Lord and was devoted to bringing glory to God by working in the churches he attended throughout his life.  He served as a Deacon at Daphne Baptist Church, Old Spanish Fort Baptist Church and Spanish Trail Baptist Church.

Pete is preceded in death by his parents, George Willis Dreading and Ruby Lee Rambo.

Funeral service will be held on Thursday, February 13, 2020 at Spanish Trail Baptist Church, 10999 US-90, Daphne, AL, at 2:00 PM.  The family will receive friends for a time of visitation beginning at 1:00 PM.  Interment will follow in Memory Gardens of Fairhope.