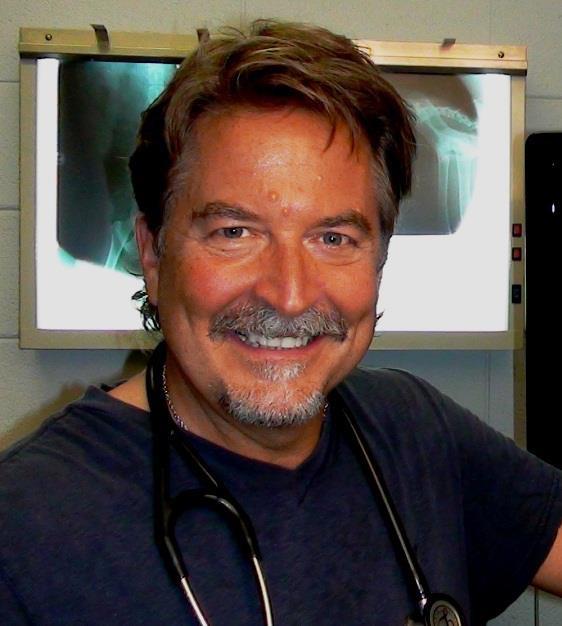 Dr. Symes was a prominent Veterinarian in Mobile, AL and was the owner-operator of Beltline Animal Clinic.  In veterinary circles and to his many clients and friends, he was known as Doctor J.  He was not only known for his veterinarian work but also for his many years of in-depth study of animal nutrition and overall animal and human wellness. Dr. Symes published a vast assortment of educational literature and conducted many television and podcast interviews on the subject. For this, he will be long remembered.

Dr. Symes was a graduate of UMS in Mobile, AL and graduated from Auburn University in 1979, receiving the Upjohn Award as outstanding senior in small animal medicine. He completed his residency at Angell Memorial Hospital in Boston, Mass.

Being the son of a career military officer, John traveled the world with his family, living in England, Turkey, and eventually moving to Mobile.

John leaves behind a daughter, Carly Symes Brant (Steve), his son, Zack Symes; grandson, Eli Brant; and former wife of 35 years, Darcy Bell Symes; sister, Elizabeth Ray (Robert), and a brother, Robert Symes (Joan); and nieces & nephews.  He was preceded in death by his father, Col. Isaac M.B. Symes and mother, Edith L. Symes. He will be missed by his faithful employees, Gena and Howard, as well as many friends.

As a Christian, John lived his life in service of God. In his spare time, John enjoyed golfing with best friends, spending time at the beach, and celebrating family occasions.  John’s love of golf will be carried on through his grandson Eli, who was overjoyed when his Papa John joined him on the course.

But Dr. John’s true love and purpose in life was defined by a countless assortment of four legged miracles of nature that came to know him with their owners or their caretakers.  He was at his best with his patients that couldn’t speak of their pains and troubles, but just gave him their trust and affection unconditionally.  He will be missed more than anyone can express.

There will be a visitation on Friday, March 20, 2020 from 1:00 – 3:00pm at Hughes Funeral Home in Daphne. Please be advised that the funeral home will be adhering to the guidelines placed by the CDC and the ADPH, regarding the community health restrictions at this time. The Funeral Home will allow only 25 people in the building at a time, at 6’ apart and exiting the building immediately.   The family will announce a service celebrating Dr. John’s life in the coming weeks when larger gatherings are permitted.

In lieu of flowers, please consider making a donation in John’s memory to Pawsitively Mobile AL, https://www.charitynavigator.org/index.cfm?bay=search.profile&ein=472929804, a non-profit group close to his heart.