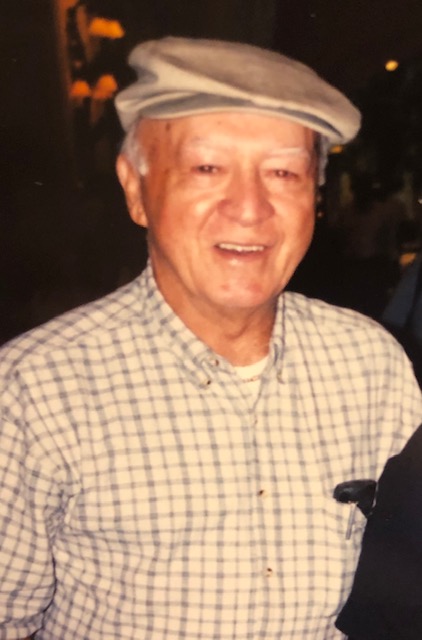 Cecil David Rayborn, a resident of Magnolia Springs, Alabama but the last 3 years was a resident at The Brennity in Fairhope, Alabama passed this life on Saturday, April 25, 2020 at the age of 88.

Cecil was born and grew up in Belforest and as a young man, helped his father on the farm. During his 88 years of life he worked at Berglin’s Azalea Ice Creamery, a Gordon’s Food distributor. For several years he was a Fairhope Police Officer, he worked security detail at The Alabama State Docks for Governor George Wallace, and retired with the City of Fairhope as the Assistant Street Superintendent. As much as he loved his family and his careers, playing bluegrass music was his true passion. In years past he was honored to have played on stages all over the Southeast at various Bluegrass Festivals with Lester Flatt & Earl Scruggs, Jim & Jesse and The Bluegrass Boys, Kenny Baker and the one and only Bill Monroe. He was self-taught and player by ear the guitar, banjo and fiddle.

He mastered the fiddle and in the late 1950’s formed his own bluegrass band called Cecil Rayborn and the Lonesome River Boys. The group taped a weekly 30-minute instrumental and vocal musical program for radio stations in Fairhope, Bay Minette and Foley, and later performed on the “Mr. Friendly Show” on a local television station. The past several years he played various venues within Baldwin County, and ended his playing career at The Stagecoach Restaurant in Stapleton on Saturday nights.

Other activities Cecil enjoyed besides his music included traveling, fishing and hunting. While still living in Magnolia Springs, you would often find him sitting out on his front porch in his rocking chair talking to all the locals who just came by to chat. Even while living at the Brennity the past 2 years, whenever the residents were treated to an afternoon ride on their bus, Cecil would be the “travel guide” for the group because he had known so much about the history of the local areas from many years ago, and they enjoyed his “colorful tales”.

***Services will also stream on Facebook live beginning at 11:30 am at: http://www.facebook.com/Hughesfh/