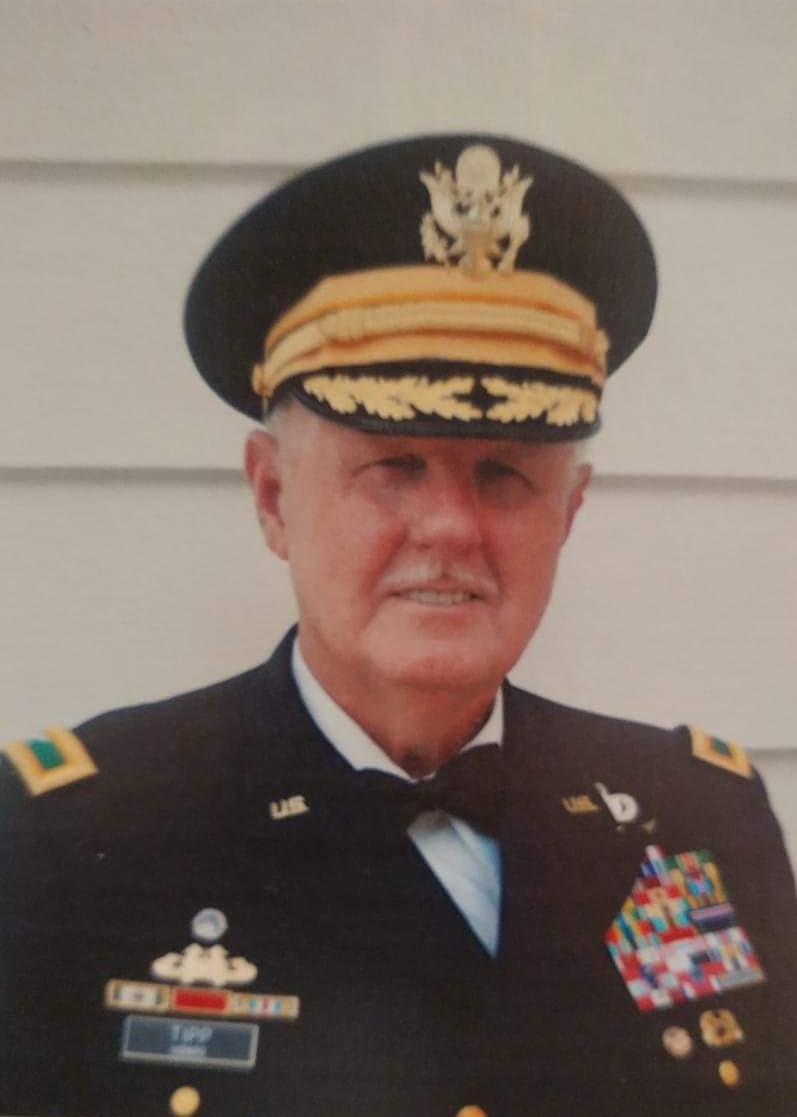 Phillip Wayne Tipp, 76, of Mobile, AL, passed away unexpectedly on Wednesday, April 29, 2020. Phillip was born in Mobile, AL on December 1, 1943 to William C. Tipp, Sr. and Laura Evelyn Moody Tipp. He grew up in Mobile and attended Leinkauf Elementary School, Barton Academy and Murphy High School where he was a star athlete. Phillip enlisted in the United States Navy and was part of the Cuban Missile Crisis. He spent four years in the Navy, then transferred to the Army National Guard, where he served 24 years and retired with the rank of Sergeant. Upon retirement, Phillip joined the Alabama State Defense Force, where he rose to the rank of Lieutenant Colonel. When the Defense Force changed its name to the United States National Defense Corps, Phillip rose to the honorary rank of Major General.

As a former Mobile Police Officer, Phillip was selected to be a member of the initial SWAT team for the city of Mobile. Phillip’s law enforcement career included being a Reserve Training Officer for the city of Prichard and Reserve Officer for the city of Fairhope. He retired from the Alabama Department of Transportation after working 15 years as a Tunnel Control Operator. Phillip loved the New Orleans Saints, attended many of their home games and loved watching football. He was an avid Bass fisherman and loved spending time with his best fishing buddy, his son, Mike Tipp.

Devoted friends that were like family are Chad (Sarah) Rouse and children Phisher and Summer Rouse of Seattle, WA; John (Katrina) Chapman and children Sasha and Peter of Folsom, CA; Michael (Suzanne) Manley and children Colten and Taylor of Mobile, AL.

Phillip has chosen to be cremated and a memorial service with full Military Honors will be held at a future date. His ashes will be scattered in a place where the fishin’ is good. In lieu of flowers, memorials in Phillip’s name can be made to: Quilts of Valor Foundation, Baldwin County, Alabama Chapter, P.O. Box 191, Winterset, IA, 50273. Expressions of condolence may be offered at www.hughesfh.com. Hughes Funeral Home in Daphne, AL, is assisting the family.