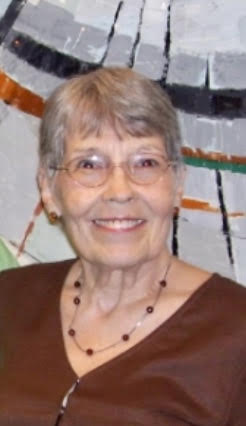 Barbara Heater Cotton, age 81 of Daphne, AL, passed away at home surrounded by her loving family on Sunday, May 31, 2020.

Barbara graduated from Winamac High School and attended Ball State University before joining the United States Air Force, becoming a drill instructor at Lackland AFB. After serving as a military wife and traveling with her family, she attended Okaloosa Walton Junior College, graduating from the University of West Florida. She earned her Master’s in Education and her AA in administration from the University of South Alabama, as well as administrative certification. She was a member and past president of the Chi Chapter of Alpha Delta Kappa Educators’ Sorority, along with many other educational organizations. While at Fairhope High School she created a student organization “Students Action for Education” (SAFE) which created a genuine interest with future teachers.

Mrs. Cotton was well known in the Baldwin County School System, having served as the first learning disabilities teacher in 1973. She taught at Fairhope Elementary School, Fairhope High School, Bay Minette Elementary School, before moving into administration, where she served as Assistant Principal at Bay Minette Middle School, before being named Principal at Fairhope Middle School. She was very honored to be named the Principal at the brand-new J. Larry Newton School in 1998.

Barbara never met a stranger, loved and encouraged students of all ages, as well as her faculty and staff. She was an integral part of establishing Liberty Church in Fairhope years ago, even holding the first services at their family home. She had a gift for hospitality and a smile that truly brightened everyone’s heart. “PRAISE THE LORD!” was her favorite phrase!

Upon Barbara’s retirement, she and Woody traveled up the east coast, visiting almost every lighthouse. She so enjoyed cooking large meals each Thursday for her extended family, spending time with her grandchildren, painting beautiful artwork, cheering for the Auburn Tigers, as well as taking trips with their dear friends, Jean and Bobby Davis.

There will be a Celebration of Life Service at Loxley Church, 5220 N. Hickory Street, Loxley, AL, on Saturday, June 6, 2020 at 2:00 p.m., with a time of visitation an hour before the service.  The service will be live streamed at Loxleychurch.cc.

In lieu of flowers, donations may be made to the Missions fund at Loxley Church, 5220 N Hickory St, Loxley, AL 36551. Please honor Barbara’s memory by continuing her legacy of encouraging young people to succeed.

Expressions of condolence for the family may be made at www.hughesfh.com. Hughes Funeral Home is handling service arrangements for the family.