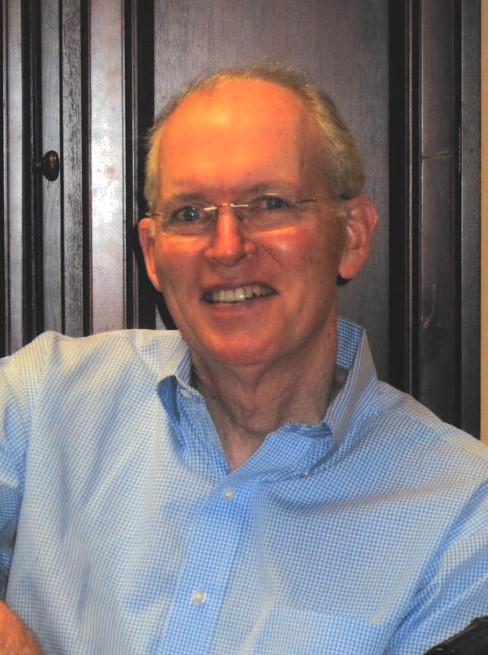 He is survived by his wife of 47 years, Elizabeth Thompson Day; his three children and grandchildren, Kathryn Day Watkins and husband Paul and their children, Francis and Macpherson Watkins; Elizabeth Day Lehrter and husband John and their children, Jack, William and Eliza Jane Lehrter; and Robert Clark Day, III; his sister, Margaret Day Craddock and husband Bill; his brother, Dr. John Day and wife Jean; his loving mother-in-law, Kathryn Slaton Thompson; and many nieces, nephews, and Godchildren. In recent years, he was lovingly cared for by sweet Tonya Beard and his true friend and companion, Kevin Britford. He also leaves behind Josie, his cocker spaniel of 14 years.

Robert graduated from Sewanee Military Academy and the University of the South in Sewanee, Tennessee, where he majored in English and served as president of his fraternity, Kappa Alpha. After graduating, Robert moved to Mobile, Alabama and began his career in marketing and communications. He loved to read historical novels, especially those concerning the Civil War and World War II. But it was his fascination with the Creek Indians of Alabama that captivated him and spurred years of research. The Strong Current, published in 2011, was one of Robert’s greatest achievements. It is the story of a young Creek Indian whose spiritual journey and growth to manhood flows like the “brooding, moving, living force” of the Alabama River. Robert was creative in the kitchen as well, spending hours kneading dough for biscuits, standing over a big homemade pot of gumbo, or displaying his artistry as he patted and seasoned a large fish fillet.

He was loved by many. He maintained his close friendships throughout his life. His first friends, the prank playing “Fellas” in Montgomery, remained his steadfast friends, as did others from Perdido Bay, Sewanee Military Academy, The University of the South in Sewanee, and Mobile. His friends meant so much to him. Robert was an honorable and kind gentleman with a spirit of adventure. Few people know that he could sing every cowboy theme song by heart or that he once jumped from Lake Martin’s Chimney Rock announcing, in jest, his candidacy for governor. Often called a warrior, he endured many health issues, but never uttered a complaint – evidence of his strong faith in God. He was a devout Christian and an Episcopalian since childhood. Robert completed the Education for Ministry Class. He served the church as a leader of the EYC, as a chalice bearer and as a member of the Vestry. He also served on the board of Wilmer Hall. Robert cherished his beloved family. He will be sorely missed. We’ll never get over those blue eyes.

A family graveside service will be held in the Montrose Cemetery on Monday, December 21 at 10:30 am. There will be a celebration of his life at a later date.