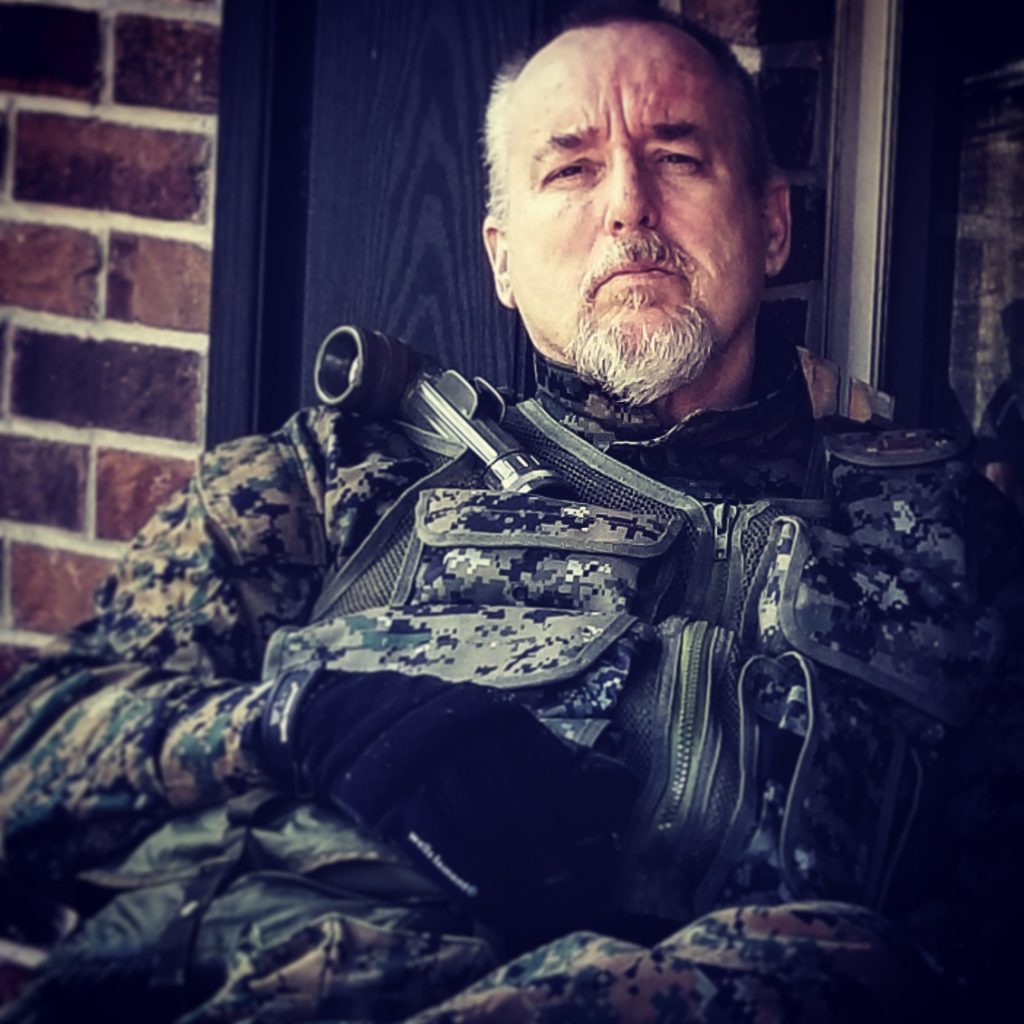 Kenneth Roger Pickett, II, and was welcomed Into Paradise to Be with Jesus on Monday, October 15, 2018, at the age of 56.

Kenneth was born on October 6, 1962 in Oakland, California at the Naval hospital to Kenneth Roger Pickett and Mary Glendora McKenzie Pickett.  He married Judy Suzanne Tucker on May 8, 2004 in Wynne, AR.  Kenneth was a veteran in the United States Marine Corps. He was unable to serve and was medically and honorably discharged due to a near fatal asthma attack.  He worked in law enforcement as a C.I.D. Officer in Helena, AR, as the Police Chief in Marvell, AR, and Sergeant and C.I.D. Officer in Wynne, AR. In 2013 he left law enforcement and moved his family to Alabama where he worked in security at the local hospital.  Kenneth was a Godly man who lived most of his life as a Christian.  He never let an opportunity go by without witnessing about the Lord.  He liked going fishing with his youngest sons and lounging at the beach.  He and his sons would dress up in camouflage and play a game called “Air Soft.”  He also loved to go for walks along the pier with his wife. Mostly he loved sharing God’s word.  He was an inspiration to his family and friends.

A Celebration of Life Service will be held on Saturday, October 27, 2018 at 3:00 PM at Wynne First Assembly of God Church in Wynne, Arkansas.  Officiating the service will be Reverend Tim Gabbard. Kenneth’s remains were cremated on Tuesday, October 23, 2018.

Online condolences for the family may be made at www.hughesfh.com.  Arrangements by Hughes Funeral Home, 7951 American Way, Daphne, AL 36526.