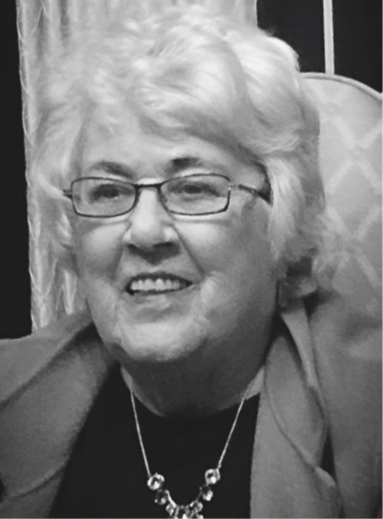 On August 30, 2022, Barbara Allen Gleszer, married to Peter Gleszer for 52 years, died in her sleep at their home in Fairhope, AL. She had been in declining health for several years.

Barbara was born on December 30, 1936, in Dubois, PA. She attended Pennsylvania State University, receiving a Bachelor of Science degree. Her aggressive pursuit of education and ability to prevail against convention resulted in her being able to attend the Defense Information School, at Ft Slocum, NY, and the Defense Language Institute in Monterey, CA, studying Bulgarian.

In 1966, Barbara met her future husband, Army 1st Lt Peter Gleszer, in Bamberg, West Germany. The Vietnam War and graduate school came ahead of their marriage, which took place in her hometown on August 15, 1970. Together they began the cycle of Army life. First to West Point, two years later to the Air Force Academy. Barbara stayed stateside when Pete was in Korea. Reunited, they moved to Newport, RI; then back to Fort Benning and her favorite city, Columbus GA. There Barbara became a Realtor and went into restoring old houses. In 1979, they moved to Washington, DC, where Barbara worked at the AAA National Headquarters. On the side she renovated two houses and did volunteer work, notably serving as a hostess at the Chinese Embassy.

They moved to Albuquerque after Pete retired and joined Boeing. Next was Thousand Oaks, CA. There Barbara was seriously involved in needlepoint, her long-time hobby. Several of her Asian themed pieces received recognition by the American Needlepoint Guild. She served as President of the local chapter and organized and hosted the 1997 National Meeting at the Del Mar Hotel in San Diego.

In 2001 Pete retired from Boeing and Barbara with some hesitation agreed to come to Fairhope where she quickly adjusted to the slower pace and friendly people. She opened a needlepoint shop, Needlework and Play, in the French Quarter and made many good friends through the shop and contacts around town. She also found her adopted family, Isabel and Nabor Rosas and their children.

The couple had no children of their own. In addition to her husband, Barbara is survived by a niece, Col (Ret) Susan Voveris of Albuquerque, NM.

Barbara will be cremated as she requested. A memorial announcement will be published shortly. Barbara was always adopting shelter or stray dogs; and a donation to the Baldwin County Humane Society would be a welcomed way to remember her.