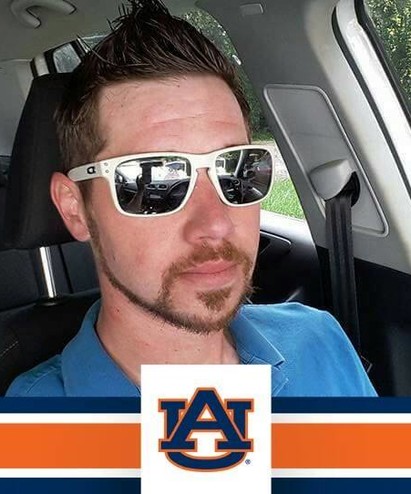 Andy was a 2004 graduate of Central Christian School. He was a Graduate from Alabama Industrial Development Training (AIDT) of the Aircraft Structural Repair Apprenticeship Program. He studied abroad at the Airbus Maintenance Training Centre Europe, in Hamburg, Germany.

He was a beloved son and grandson, treasured brother, cherished nephew and cousin, adored daddy and boyfriend, and loyal friend. He never met a stranger.  He loved being an aircraft mechanic.  He was a natural at aircraft maintenance, parts fabrication and installation. It was a joy to him to figure out how and why things worked. He could fix just about anything. He loved fast cars, motorcycles, cute chicks & loud music. He WAS handsome and HE knew it.

In order to assist the family and if you are able to help with his final expenses, they would be grateful. 1. The family has opened an account at PenAir Federal Credit Union called “Andy Kiser Benefit Memorial”. You may visit any branch to contribute. 2. They have created a new PayPal account linked only to [email protected], which is in turn linked to the credit union account. 3. Hughes Funeral Home in Daphne is handling the arrangements and will accept contributions. From the Family of Andy Kiser

The family has planned to gather to remember and celebrate Andy’s life on Sunday afternoon, March 7. 2021 at Hughes Funeral Home, 26209 Pollard Road in Daphne, AL. Visitation will begin at 1:30 p.m. and the service will be at 3:00 p.m. We hope you can join us. The service will be streaming live in case you’re unable to join us in person. Thank you again for your prayers and love. We know Andy touched many lives and life without him will never be the same for any of us 💔