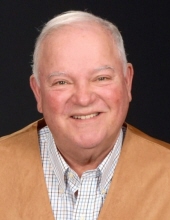 Brian began his career as an iron worker for Iron Workers Local #498 of Rockford, IL. He worked with them until 1984 when he moved his family to LaGrange, GA to work as a troubleshooter for Stran Steel, which became Varco Pruden Buildings. He worked as a field services manager. Brian and Pat moved to Daphne, AL where he continued with V/P until his retirement in 2013. Not one to be lazy, Brian worked for Daphne Senior Center delivering Meals-on-Wheels to homebound seniors. He also served as a school crossing guard for more than two years for the city of Daphne. In his retirement he enjoyed woodworking, reading, grilling, and visiting his family. He was a proud 4th degree member of the Knights of Columbus and Christ the King Catholic Church in Daphne. Brian and Pat were thrilled to return “home” to Janesville, WI in April 2020.

Brian will be sadly missed by all.

The service for Brian is set for May 29, 2020, at 10:30 AM at Christ the King Catholic Church, 711 College Avenue in Daphne, Alabama. Due to social distancing guidelines, there will be limited capacity seating for immediate family only. Live stream video is available at ctkdaphne.org.

In lieu of flowers, please consider donating to your favorite charity in Brian’s memory.