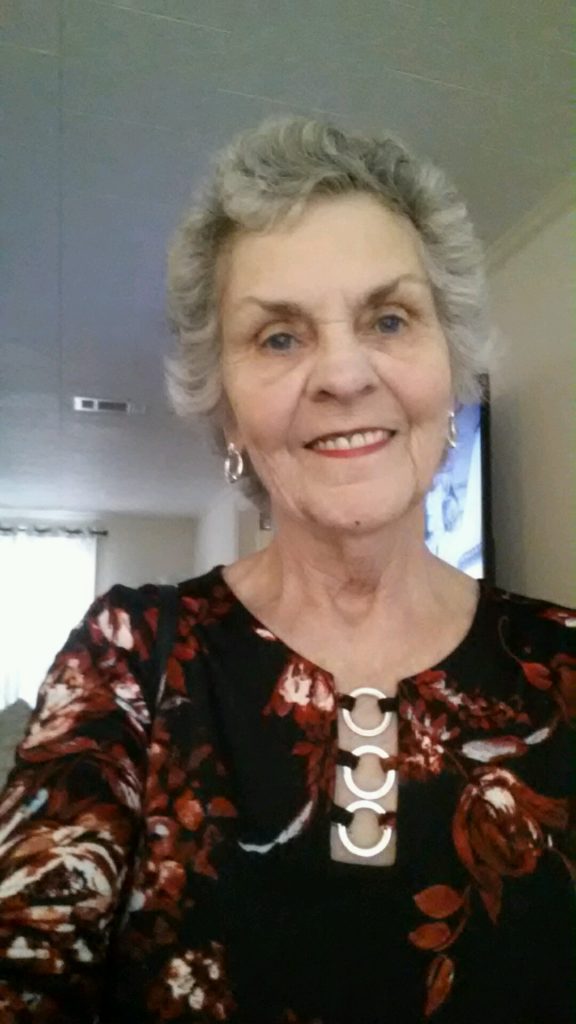 Mrs. Carole Flammia Bentley, born August 7, 1944, passed away at age 74 on July 31, 2018 after a long battle with leukemia.
She was a long time resident of Hollinger’s Island and very involved in the community. She loved to sew, and was an avid supporter of the McGill Toolen Track Team where she participated in their yearly street vault. She was a loving mother of 5 and grandmother of 14 and great grandmother of one.She is survived by her husband of 56 years, Karl Michael Bentley, Sr.; four sons, Karl (Laura) Michael Bentley Jr., Stephen Bentley, Mark (Sloan) Bentley, Drew (Emily) Bentley; and one daughter, Rachel (Shawn) Davidson. She is preceded in death by her daughters, Dawn Bentley and Mary Anne Bentley and her granddaughter, Kristen Bentley Prewitt.