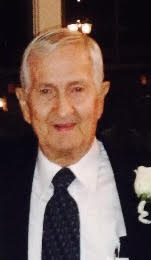 Charles enlisted in the US Navy after high school and served aboard the USS Helena during the Korean War. After returning home, he worked for the Civil Service at Brookley Air Force Base in Mobile, AL and the Naval Air Rework Facility at NAS Pensacola, FL.  After retiring from the Civil Service, Charles opened his own real estate brokerage.  His hobbies included sailing, traveling, RVing, and spending time with his family.

A memorial mass will be held on Friday, January 28, 2022, at Christ the King Catholic Church, 711 College Avenue in Daphne, AL, at 11:00AM.  In lieu of flowers, the family asks that donations be made to the American Cancer Society.