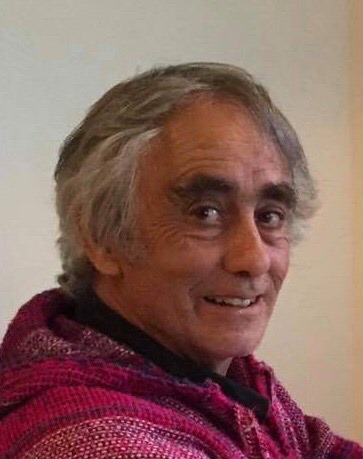 It is with much sadness that we announce the death of David Samuel Cullingham on May 18, 2021 at Diversicare Foley, in Foley Alabama.  David was 65 years old.

David is survived by his loving siblings, John Cameron Cullingham, Ann Cullingham and Jean Maunder (nee Cullingham), as well as his aunt, Sandy Young, along with many cousins, nieces and nephews.  He was predeceased by his mother, Vivian Cullingham (nee Haddad) and his father, Donald Cullingham.

David was born in Temiscaming Quebec on August 27, 1955, the third of four children.  The family moved frequently because of Don’s work, enjoying many adventures in Alaska, France, Ohio, New Jersey, New Brunswick and Alabama.   David was much adored for his sweet disposition and his dry wit.

David graduated with a degree in Business Administration from Ryder College in New Jersey.  He went on to study law at McGill University in Montreal, Quebec.  During his second year of law school, David was diagnosed with schizophrenia, a disease that would torment him for the rest of his life.

Despite this, David made a life for himself, living independently and working for a time as a security guard and at Habitat for Humanity.  David loved long walks on the beach, tennis and swimming.  But most of all, he loved his family. He frequently visited Jean in New Brunswick and Ann in Vancouver and was a great help and comfort to his parents in their final years.  He reigned supreme at the barbeque, enjoyed Vivian’s delicious cooking and loved to attend the many wonderful dinner parties Don and Vivian hosted.   He also welcomed and enjoyed the many family members and friends who visited over the years.

Soon after Vivian and Don’s death in 2014 and 2015, David became increasingly ill and at the same time broke his foot, and in 2016 was admitted to a psychiatric group home in Bay Minette, Alabama.  His worsening health eventually resulted in a transfer to the long-term care facility, Diversicare Foley.  Though David worked hard to maintain his mobility by walking and working on the treadmill, in spring 2020 Covid 19 hit and the facility was locked down, with visits prohibited and residents confined to their rooms.  David’s health deteriorated sharply over this cruel year.

David struggled with isolation and loneliness as well as ill health during the last year of his life.  Still, he remained mostly upbeat thanks to Cameron’s frequent visits, first through the window, then later outside, and in David’s last days, in person in his room. David also did a spectacular job of keeping up with sisters, Jean and Ann, by FaceTime.  Right to the end David remained interested in how his family was doing and was eager to hear all the news.

We acknowledge and thank the many caregivers at Diversicare for their kind attention to David, especially during the pandemic; and we greatly appreciate the hospice care he received from Community Services of Foley at the end.  Thanks also to family and friends who reached out to David over the years.

Condolences may be sent to family at www.hughesfh.com.

In lieu of flowers, the family asks that donations be made in David’s memory to Brain & Behavior Research Foundation at https://www.bbrfoundation.org