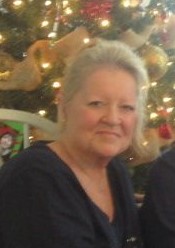 Dianna Wiggins was a beloved mother of two, sister of four, and friend of many. Over the past few decades, she earned professional respect in the fields of workers’ compensation and insurance from Florida to Maine and all points in between. Her frequent travels around the United States ended in Daphne, Alabama on January 25, 2019. Shortly after one last business trip to Tallahassee, Florida, she passed away unexpectedly but peacefully at home. Whether advocating for her child to their teacher or employees to a company’s owner, Dianna always strove to ensure fair treatment for all. She worked in industries ranging from convenience stores to banking to accounting to insurance. However, occupational safety became a true passion. She took great pride in the knowledge that workers were able to go home at the end of the day, safe and secure, due to her diligent efforts.
In the summer of 1972, Dianna Soroka went to Lake City, Florida to visit her family, who had just moved from Michigan. She was to go home to her fiancé in two weeks. Instead, she met a man named Joseph Wiggins at a local Assemblies of God church. She ended the previous engagement and married Joe in 1973. They had a daughter named Jodi (“Jo” for “Joseph” and “Di” for “Dianna”) in 1974 and a son, also named Joseph, in 1981. Sadly, shortly after her son’s birth, Dianna Wiggins lost her husband. Since that time, she worked to provide the best upbringing possible for her children. Jodi and Joe, and all of their relatives, will tell you that she never stopped caring for them until her very last breath. They hope to make her proud and believe that she had inadvertently been training them all their lives to be as strong as she was.
Dianna is survived by her daughter Jodi Wiggins, her son Joe Wiggins, her sisters Debbie Huffer, Dorice Soroka, and Darlene Oshinski, and her mother Shirley Soroka.

Expressions of condolence may be offered at www.hughesfh.com.  Arrangements are by Hughes Funeral Home & Crematory, 7951 American Way, Daphne, AL, 36526.