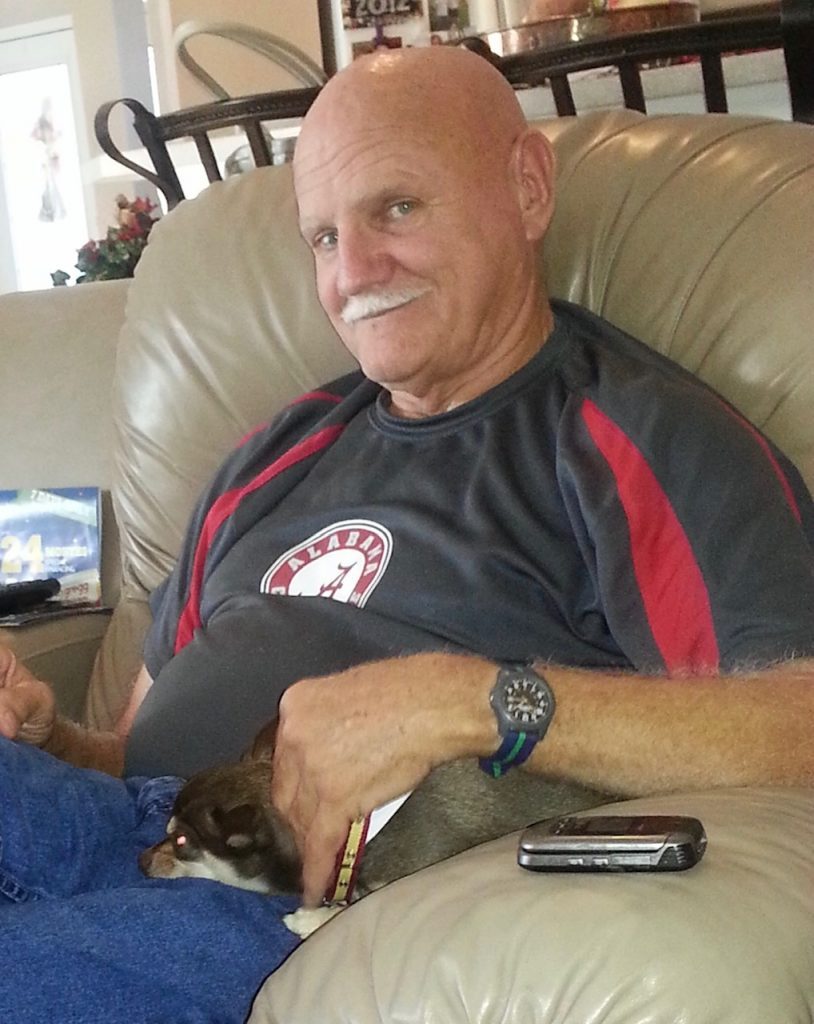 On Wednesday, July 10, 2019, Donald Vegliacich, Sr., loving husband, father of two, grandfather of three, and great grandfather of one, passed away at the age of 75.  Donnie was born March 22, 1944 in Mobile, Alabama.

He was married to the love of his life, Linda (Larson) Vegliacich for 53 beautiful years. They moved north and settled in Willingboro, NJ where they raised their two children, Janice Vegliacich Colona and Donald (Skip) Vegliacich Jr.

Donnie had such a passion for life. Boating, crabbing, cooking, and “rooting on” the Crimson Tide were just a few of the hobbies he had and loved to share with family and friends. He was known for his storytelling, his quick wit and his ability to either fix it or build it.  Their retirement years consisted of living the RV life. He made friends wherever their journey took them.

He is survived by his wife Linda, his two children, Janice (Paul) and Skip (Mayra); his three grandchildren, Holly Ann (Zach), Zachary, and Ross (Laiken); his great-granddaughter, Adelene; and his “adopted” daughter, Marna; along with other relatives and friends.

Memorial gifts can be made to the Brain Injury Association (biausa.com)

Memorial services will be held in both Alabama and New Jersey with more information to follow in the near future.