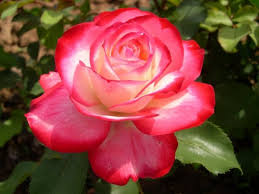 Dr. Betty Reid Bostic, originally of Bay Minette, Alabama, died on Thursday, June 29, 2017.  She was 85 years old.  Betty was born on November 21, 1931 in Bay Minette, Alabama to the late Maxwell Davis Reid and Cecil Slocomb Reid.  Betty was a 1950 graduate of Baldwin County High School.  From there she attended Troy University where she met her husband, Joel and interrupted her schooling to start her family.  Only much later, when her oldest son left for college, did Betty resume her college education.  She graduated from Troy in 1974 with a bachelor’s degree and developed a passion for education and social justice. In addition to her parents, she is preceded in death by her siblings, Bob Reid and Jimmy Reid.  She is also preceded in death by her husband of sixty five years, Joel Edward Bostic.

She is survived by her sons, Stephen Reid Bostic, and Joel David Bostic; her sister, Jean Reid Helton; her two granddaughters, Rachel Bostic O’Connor and Leigh Margaret Bostic; and numerous nieces and nephews.

Memorial Services were held on Monday, July 3, 2017 at Westminster Village.  In lieu of flowers, Memorial Contributions may be made to: Westminster Village Foundation, 500 Spanish Fort. Boulevard, Spanish Fort, Alabama, 36527.  Expressions of condolence may be offered at www.hughesfh.com.  Arrangements are by Hughes Funeral Home and Crematory of Daphne, Alabama.