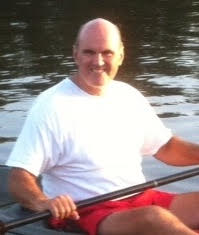 Dr. Phillip Shouppe passed away on June 20, 2019. Stories were told and tears were shed by his family who stayed by his bedside until the end.

Dr. Shouppe was born on December 3, 1954, in Mobile, Alabama to Jeff and Betty Shouppe. He grew up in Columbus, Georgia, from where he left for Atlanta to start a career in the airline industry. Shortly after arriving in Atlanta, two events happened that would forever shape his life. First, he met Sally Woodward, who would become his wife and constant companion through 39 years of marriage. Second, he was laid off by Eastern and decided he could help people more by becoming a chiropractor. After the Lord and his family, there was nothing he loved more than caring for his patients. After chiropractic school at Life in Atlanta, the newly christened Dr. Shouppe and Sally, with little more than two nickels to rub together, moved to Mobile to start a practice and continue building a family. His son, Clint, had been born in 1984. A daughter, Emily, followed two years later. Together, he and Sally built a life and a practice that would positively impact generations of people on both sides of Mobile Bay.

Dr. Shouppe is preceded in death by his dad, Jeff; his mother, Betty; and his, sister, Treva. He is survived by his wife, Sally; his children, Clint (Brigitta) and Emily (Ryan); his grandchildren, Thomas and Henrik; and his siblings, Gary and Susan.

Dr. Shouppe’s funeral will be on Tuesday, June 25, 2019 at Holy Trinity Lutheran Church, 8271 Whispering Pines, Daphne, Alabama. There will be a visitation prior to the service beginning at 2:00 PM followed by a memorial service at 3:00 PM.

Through Sally, he had become very involved in the University of Mobile’s athletic programs. As he liked to say, he was their “athletic supporter”. He went to games, he treated student athletes, and he got to know the people involved at the school. He and Sally wanted to help the student athletes how they could and decided to set up a scholarship fund to do just that. In lieu of flowers, memorial donations may be made to the Dr. and Mrs. Phillip L. Shouppe Scholarship Fund at the University of Mobile at 5735 College Parkway, Mobile, AL 36613.

Arrangements are being coordinated by Hughes Funeral Home in Daphne. Expressions of condolence for the family may be offered on www.hughesfh.com.