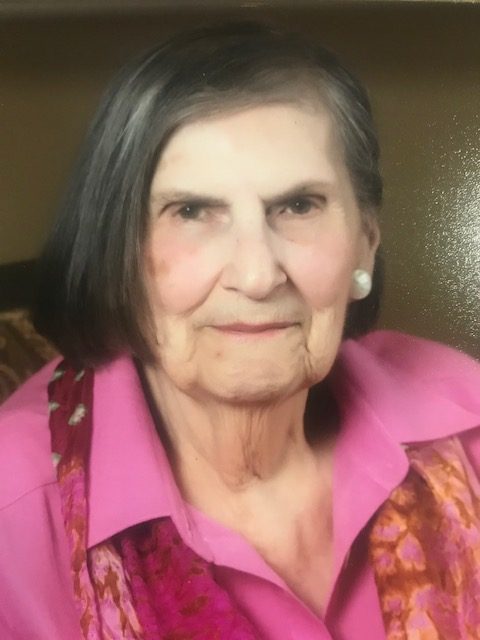 Elsa Bernabucci Antinarella, 89, a native of New Haven, CT and resident of Fairhope, Alabama, died on November 10, 2019. She was the daughter of the late Peter Bernabucci and Genoveffa Bertulli Bernabucci, both Italian immigrants from the Marche region.

Elsa graduated from Commercial High School in New Haven, where she was an excellent student. She worked for many years at New Haven’s Connecticut Hard Rubber Company as a lab technician in silicone rubber development. Later she worked as a technician and supervisor in quality control and research and development at Industrial Laboratories, also in New Haven.

She loved living near Long Island Sound where she spent many summer days swimming and beaching with family and friends. Rhode Island and Cape Cod beaches were among her favorite destinations. Elsa and George also enjoyed going dancing. Music, especially the classics, was a passion of hers.  She especially enjoyed listening to Edith Piaf singing “La Vie en Rose.” Elsa often said, “music nourishes my soul.” She sang in her church choir, St. Margaret RC Church of Madison, CT, and several choruses – the Shoreline Chorale, The Mistletones and the special joy of her life, the Opera Theater of CT Choral Ensemble.

Elsa and her husband, George, wintered for many years in Fairhope, dividing time between there and Madison, CT, and finally settled permanently in Fairhope in 2009.

She was preceded in death by her parents, dear sister Mary Gagliardi and dear brother Dario Bernabucci.

A funeral mass was held on November 12, 2019 at St. Lawrence Roman Catholic Church of Fairhope.

Expressions of condolence for the family may be made at www.hughesfh.com.  Hughes Funreal Home, 7951 American Way, Daphne, AL, is assisting the family.