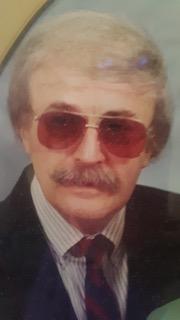 George was known to all for his personable, outgoing nature and touch. Optimism and creativity served him well in his education and life’s work. In addition, he was grounded in his faith and exhibited a good sense of humor and wit. He was a graduate of the Ansonia High School in 1951, and voted by his class as the “Best Personality” and “Best Artist.” He also was a four-year graduate of the Paier College of Art in New Haven, Connecticut, and asked to stay on and join the faculty to teach Fine Art, Commercial Art and Graphic Arts in all media and styles. As a commercial artist, his major body of work was for the top national magazines and major syndicated comic strips of the day, extending into designed point of purchase displays and commercial display boxes and folding cartons. All of these to be reproduced through the photo-engraving and lithography process for commercial printing houses nationwide. As such, George became qualified in his profession and was granted full journeyman status holding union cards in both areas of achievement.

George was now becoming aware of the dire situation looming due to vision difficulties and had to leave his chosen profession. He found employment at the American Bank & Trust Co, for five years, while attending the American Institute of Banking and later studying at Central Connecticut State Teacher’s College. He settled down teaching vocation and industrial arts in the New Haven Public School System and later, The Foundation High School in Milford, Connecticut, teaching Graphic Communication in a private high school for learning disabled individuals. Finally, George joined the staff of Easter Seals Goodwill Industries Rehabilitation Center, a comprehensive outpatient rehabilitation center servicing children and adults. As a case manager and placement specialist, he placed disabled individual in a work environment through the vast Connecticut area and given great recognition his high placements of clients and retention numbers.

At this particular time in his life, he and his wife Elsa became summer residents of Madison, traveling back and forth yearly between Madison and Fairhope. Influenced by what he observed in Fairhope, he brought back to Madison the idea of a town clock and the smartly designed rubbish containers displaying beautiful floral arrangements to the Madison Chamber of Commerce Downtown Beautification Committee. Aware of George’s art expertise and background, the board asked him to join with them as a member to consult and advise them on pending projects and, would he design the long wanted, much needed downtown kiosk that he accomplished with a beautiful, stately New England style design and appearance. All three of his additions to the town were overwhelmingly accepted by the township with praise and ceremony and stand proudly in the center of town in a choice area and location.

In 2009, the Antinarellas moved permanently to Fairhope. He regularly attended Mass and events with his wife at St Lawrence Catholic Church in Fairhope.  George was predeceased by his beloved wife, Elsa. He was the youngest brother of Marie (Raccio), and the late Michael and Joseph Antinarella.

His family would like to thank David and Leigh Johnson of Senior Care Authority, his special caregiver Fifi, the Brennity of Fairhope, and St. Lawrence Church.

A donation can be made in George’s memory to the Little Sisters of the Poor, Sacred Heart Residence, 1655 McGill Avenue, Mobile, AL 36604.