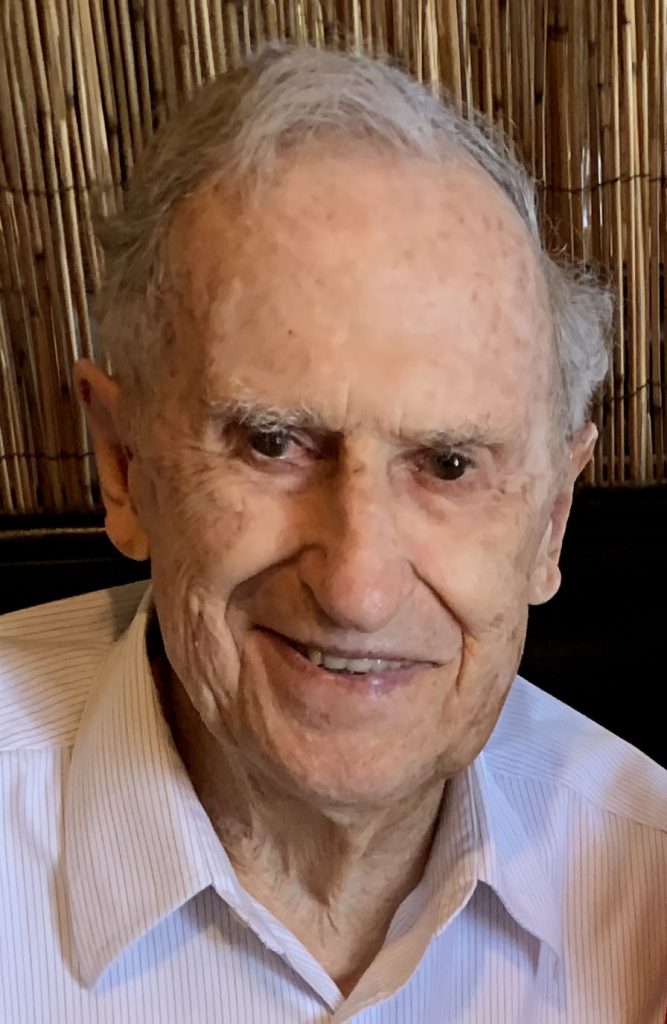 Born August 9, 1926, in Sacramento, California, the Boom family soon moved to Wheatland, California. In Wheatland, Glenn was educated in a one room schoolhouse where his mother, Dorothy Boom, was the teacher.

Glenn joined the NROTC at the University of California at Berkeley. At the age of 20 Glenn graduated and was commissioned as Ensign in the US Naval Reserve. His first tour of duty was in the Western Pacific at the end of WW II. His second overseas tour was in the submarine service during the Korean Conflict. Glenn continued in the naval reserve for 31 years.  During this time, he held command of three Naval Reserve Divisions.  His submarine Division was twice awarded the coveted Admiral Nimitz Trophy for best in nation. Glenn retired from the Naval Reserve with the rank of Captain.

A highly intelligent, energetic man, Glenn began a second career at the same time he was commissioned in the Navy. Beginning in the mail room at Shell Oil Company, Glenn worked his way up to become Marketing Manager for Shell’s Southeastern region.

In 1978, after 31 years with Shell, Glenn took early retirement to become President of Delta Oil Company, which he grew into a $48 million dollar enterprise. In 1989 he was selected as Alabama Oilman of the Year. The following year he was awarded the Governor’s Conservation Achievement Award by the Alabama Wildlife Federation – the highest conservation award in the State. When Glenn “retired” again, he became President of ComPac Food Stores until he retired permanently in 1994.

Throughout his life, Glenn has given selflessly of his time and his talents. He was a leader in establishing Contact Helpline in Mobile, The Shoulder in Baldwin County, and the Baldwin County Chapter of SCORE, serving each of these organizations as Chairman. Glenn had worked on the Vestry of St. James Episcopal Church – Fairhope, the Vestry of St. Paul’s Episcopal Church – Daphne, the Standing Committee of the Episcopal Diocese of the Central Gulf Coast, as a member of the Board of Governor’s for the Fairhope Yacht Club, Director with First National Bank in Mobile, and as a member of the Mobile City board of directors for AmSouth Bank.

Glenn is a life-long member of the Navy League, Navy Reserve Association, Military Officers Association of America, and Naval Institute. He is also a long-time member of the Masonic Lodge, Scottish Rite and Shrine.

Between careers and volunteer work, Glenn still found time to socialize with family and other groups such as the ROMEOs (Really Old Men Eating Out Often), and the “Taco Tuesday” group at the Fairhope Yacht Club. Beginning at age 70, he crewed a sailboat with his son and grandson, sailing across the Gulf of Mexico to Isla Mujeres for several years. Glenn has also been a life-long supporter of the Arts, most recently Theatre 98, the Mobile Symphony, and the Mobile Opera.

Glenn met his wife, Sally Boom, in 1949 when a friend, his future brother-in-law, brought him home from church. They have been happily married for 69 years.

Glenn is predeceased by his parents, Leonard Archer Boom and Dorothy Dam Boom, and his grandson, Alexander Hale.

A private internment ceremony will be held, with a Celebration of Life service to be scheduled at a later date when health risks are not a concern.

In lieu of flowers, donations may be made in honor of Glenn L. Boom to the Building Fund of St. Paul’s Episcopal Church, 28788 North Main Street, Daphne, AL 36526.

Expressions of condolence for the family may be made at www.hughesfh.com.  Hughes Funeral Home, 26209 Pollard Road, Daphne, AL, is assisting the family