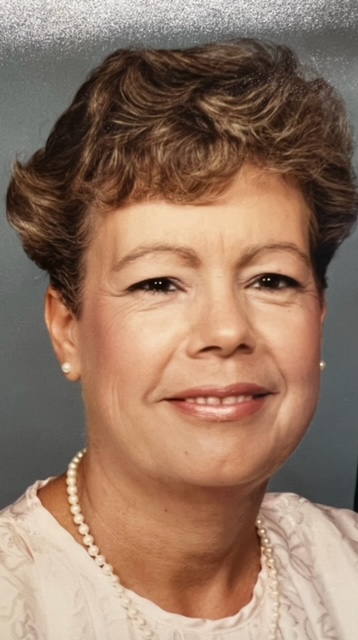 Gloria Joyce Wilson, 82, a native of Spanish Fort, Alabama, and a resident of St. Francisville, Louisiana, passed away on Tuesday, May 24, 2022.

Gloria was born on January 10, 1940, to Andrew Cecil and Elizabeth Grace Smith in Artesia, Mississippi.  She grew up in Spanish Fort attending school in Daphne and Fairhope, Alabama.  She met Russell Wilson and they wed on September 11, 1956, and were blessed with four children, David, Steve, Todd, and Cara. When Gloria had her children, she decided to dedicate her life to being a wonderful and loving mother.  Gloria taught Sunday school, vacation bible school, chaperoned field trips, and attended every baseball/softball game and school function. She loved her children immensely and was ever the doting grandmother and great grandmother. Later after her children were grown, she went to work with at K&B Drug Store, Westminster Village, and Bergen Brunswig Pharmaceuticals. She was a member of Loxley Methodist Church in Loxley, Alabama.   We will miss her greatly.