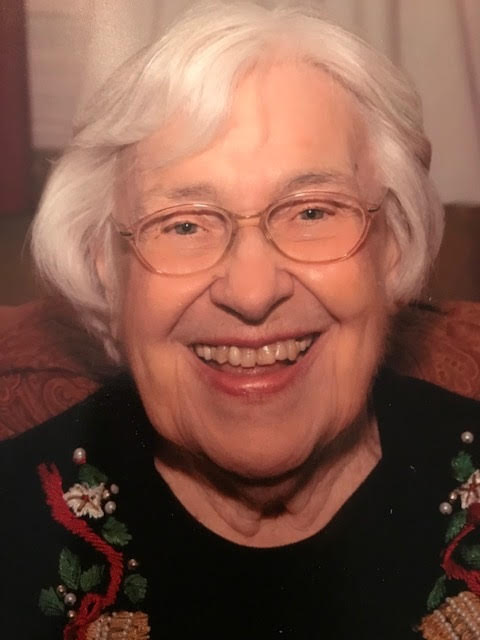 Helen Williamson Thomas went to be with the Lord she served all her life, on July 5, 2022.early in the morning, at the age of 96. Often described by family and friends as a “great southern lady”, she leaves behind a loving family and many friends from throughout the world.

Mrs. Thomas was born in Louisville, Alabama on October 1,1925 to John Harrison and Jennie Hurst Williamson. A graduate of Louisville High School and Auburn University, she obtained her Master of Arts degree in Counseling from the University of South Alabama.

As an employee of Mobile County Public Schools, Mrs. Thomas taught at Baker High School, Shaw High School, and later became a guidance counselor at Shaw.  She worked for many years as a pupil personnel counselor for the Mobile County School Board at Barton Academy before retiring in 1985.

Although retired from public education, Mrs. Thomas was not retired from other activities. Along with Dr. Thomas, she was active in Southern Baptist Mission work throughout the world. Their mission work took them to the Philippines for two years where Dr. Thomas taught, and they both served at the Baptist Theological Seminary in Baguio. They also served in Singapore, Malaysia, and Bangladesh where they mentored many students studying to go into the ministry.

Mrs. Thomas enjoyed traveling and she her husband and visited all 50 states in the U.S.

In 1999, Helen and John moved to Westminster Village Retirement Community in Spanish Fort, Alabama where Mrs. Thomas continued her love of scrapbooking, genealogy, and many other activities offered there.

There will be a small, private service/burial honoring Mrs. Thomas with immediate family on July 13, 2022. The family will announce a Celebration of Life service for Mrs. Thomas to be held at Eastern Shore Baptist Church in Daphne, Alabama in August or September once immediate family members return from being out of the country.