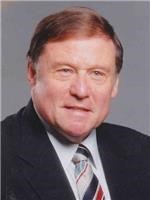 Henry Hester Plauche’,  Jr. passed away on April 22, 2020 at his home in Fairhope, Alabama. He was surrounded by his loving family who, on the day of his death, celebrated his life by singing his favorite songs and reminiscing about his escapades and larger than life personality. His death leaves a huge void in his family’s life. He will be greatly missed.

He was born in New Orleans, Louisiana on January 1, 1938 to Jessie Edith Tharp and Henry Hester Plauche’. He graduated from Jesuit High School in 1955. Upon graduation from Tulane University in 1959, he joined the family business of Tharp, Sontheimer Tharp Funeral homes and Delta Life Insurance Company. He was also involved in establishing several restaurants and bars in the French Quarter and Metairie. He participated in and supported many civic and cultural organizations. He was member of several Mardi Gras organizations and was a founding member of Bacchus.

Upon retirement, he moved to Pass Christian Isles, Mississippi and enjoyed traveling on his motor home and cruising on his motor yacht, Stormy Petrel. He lived on his boat for several years in Key West, Florida. On returning to Pass Christian, he met and married the love of his life, Prima Thomas Plauche’. They enjoyed traveling and entertaining at their bayou home, Joie d’vivre surrounded by their children, grandchildren and many friends. In partnership with his children, he opened the Cafe Reef in Waveland, Mississippi and the River Reef Restaurant, now operating as the Jourdan River Steamer in Kiln, Mississippi. He served on the Mississippi Library Commission Board of Commissioners; the Board of the South Mississippi Humane Society; the Board of the Mississippi Gulf Coast Restaurant and Beverage Association; the West Harrison County Vo-Tec School; the Hancock County Cancer Society, and the Harrison County Republican Executive Committee. He was active in the Mississippi Republican Party and served as State Chairman of the Capitol Foundation. He was President of the Henderson Point/Pass Christian Isles Homeowners Association and a member of the Pass Christian Yacht Club. He served on the Henderson Point/Pass Christians Isles Hurricane Katrina Recovery Steering Committee.

The family suggests memorials be made to the Library Foundation of Hancock County, 312 Hwy 90 Bay St. Louis 39520 or on-line, or to an animal welfare organization of your choice.

A celebration of his life by his family and many friends will be held at a future date.