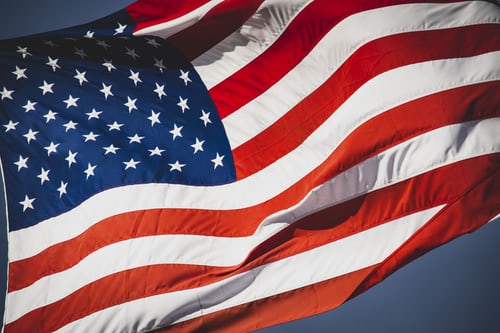 Henry Luculus “Luke” Bradley, III, a native of Paducah, Kentucky and a resident of Fairhope, Alabama, passed away at his home on January 15, 2021 at the age of 86.

Luke graduated from Tilghman High School and attended Murry State College in Kentucky.  He joined the United States Navy and became a Naval Aviator in April 1957.  He received an honorable discharge as Lieutenant Commander from the Navy Reserve in June 1968.  He joined Pan American World Airways as a pilot in June 1965 until November 1991.  He met his coming wife, Kirsten, an R.N./Stewardess, on a flight from Los Angeles/Tahiti in August 1967. Luke was based in New York twice, San Francisco, Miami, and West Berlin, where he also was secretary/treasurer for the Airline Pilots Association for 5 years.  After Pan Am, he joined Delta Air Lines as a captain based in Atlanta.  Luke retired from Delta on June 1, 1997 and decided it was time to see this beautiful country from the ground, that he had already seen from the air.  After two years in a motorhome, he and his wife found Fairhope, Alabama where they have lived since 1999, the longest they have lived anywhere.  They enjoyed the beauty, but the people are why they stayed.  In his spare time, Luke enjoyed reading books, his favorite was the Bible, and listening to music.

Luke was known for his great humor, his positive attitude and true friendship.  He loved the outdoors but had a fascination for magic.  He practiced it, studied it, and even auditioned at the Magic Castle in Hollywood, CA where he became a real magician member.  Luke was a conservative and very active in Tai Chi. Electronics and Hi-Tech were also a passion of his and he loved flying the “Airbus”.  Luke was a member of the local ‘Old Soldiers”, the “Ancient Aviators” in Gulf Shores and the American Legion in Fairhope, Alabama.

After fighting cancer, Luke died with his wife and beloved dog, Susie Q, by his side.  No family members were present due to COVID-19 travel restrictions.

Luke is preceded in death by his mother, Pauline Lovelace Bradley, his father, Henry Bradley; his youngest brother, Given West “Chubby” Bradley, who was killed in Vietnam in 1968; brother, William Henry “Buck” Bradley II, who died from Leukemia July 5, 2008; and other dear family members and friends.

He is survived by his loving wife of 49 years and 7 months, Kirsten Marie Beyer Bradley from Denmark; seven godchildren located in Denmark, England, and Switzerland; and Lars Beyer Baegaard Andersen was Luke’s next of kin from Denmark, who is also a pilot.

A graveside service will take place at the Alabama State Veterans Memorial Cemetery at a later date.  Chaplain Les Pierce, of Alabama Hospice Care, will be officiating the service.