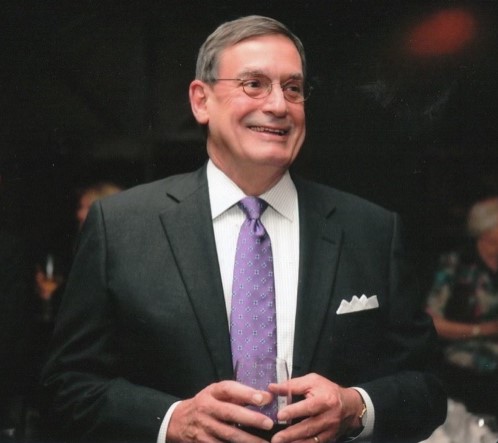 Jim was born in Lake City, Florida to Raymond Jewell and Elizabeth Lucas Gambill. He passed away at home on Monday, September 19, 2022, at the age of 77.

An Economics major, Jim graduated from Florida State University in 1960 and then received his master’s in accountancy from Georgia State University.  After working in Atlanta for Peat, Marwick, Mitchell for several years, he moved to Mobile to become the Treasurer of First Southern Federal Savings and Loan (Altus Bank).  He worked in the S&L business the majority of his career, serving as President of Secor Bank, Baldwin County Federal Savings and Loan, and Altus Bank. Following that he worked as the Investment Manager at the University of South Alabama Foundation for fifteen years before his retirement.

As successful as he was in his career, his love for and dedication to his family was a priority.  As a loving father and grandfather, Jim gave his boys a love of outdoors – fishing off the pier, in the bay or the gulf, and wherever they traveled, as well as hunting in the woods in Monroe County.  He loved working in the yard, cooking (spicy), traveling, art, and Maine.  “Gambill” was extremely bright and remembered everything he read.  He could win any trivia contest and he could recite a joke from 40 years ago and crack up a room.

The family wishes to give special thanks to Corey Sledge, caregiver extraordinaire, and to SouthernCare Hospice.

“The beautiful thing about love you see, is that death need not stop life.  If you carry someone in your heart, you can take them anywhere you like.”

A memorial service will be held on Saturday, October 1, 2022 at 1PM at St. James Episcopal Church, 860 N. Section Street in Fairhope, AL. There will be a reception following the service at the church.