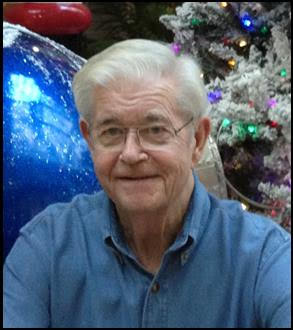 James Harold McGregor (“Jim”) was born in St. Thomas, Ontario, Canada, on January 31, 1934.   He was the youngest son of James Harold and Verna Merrium McGregor and was raised on the family farm on a cliff above Lake Erie near Port Stanley, Ontario.  His childhood was spent helping to care for the animals and learning skills that would serve him well throughout his life.

Growing up, Jim raced go-carts and other vehicles, including snowmobiles.  When he began racing top fuel dragsters in the 1960’s, he became a Canadian record holder and earned the title, “Fastest Man in Canada”.

Jim’s professional life in the automotive industry began at a young age with Clevite Industries in St. Thomas. In his many years with the company, he held various managerial positions in Ontario, Indiana, and Ohio.  He was also responsible for introducing and coordinating several provisional production lines in western Canada, Italy, and Japan.

Jim was tech-savvy, mechanically inclined, a lover of animals and country music, an enthusiastic golfer for many years, and skippered a number of pleasure crafts during his life, the most recent being “So Far, So Good” docked on Mobile Bay, Alabama.

If it is true that “a wise man keeps his own counsel”, then Jim was the wisest of all.  His family and friends enjoyed his wry sense of humor and agree that Jim was, first and foremost, a gentleman.

He is survived by his wife of nearly 40 years, Maryellen Needler McGregor; his son, Stephen (Christy); grandson, Liam, and granddaughter, Cameron, of Saline, Michigan.  Many surviving nieces and nephews hold “Uncle Jim” in high regard.

Jim was preceded in death by his parents, two brothers, Alec and Donald, and his first wife, Patricia.

Condolences for the family may be offered at www.hughesfh.com. Hughes Funeral Home, Daphne, AL, is assisting the family.