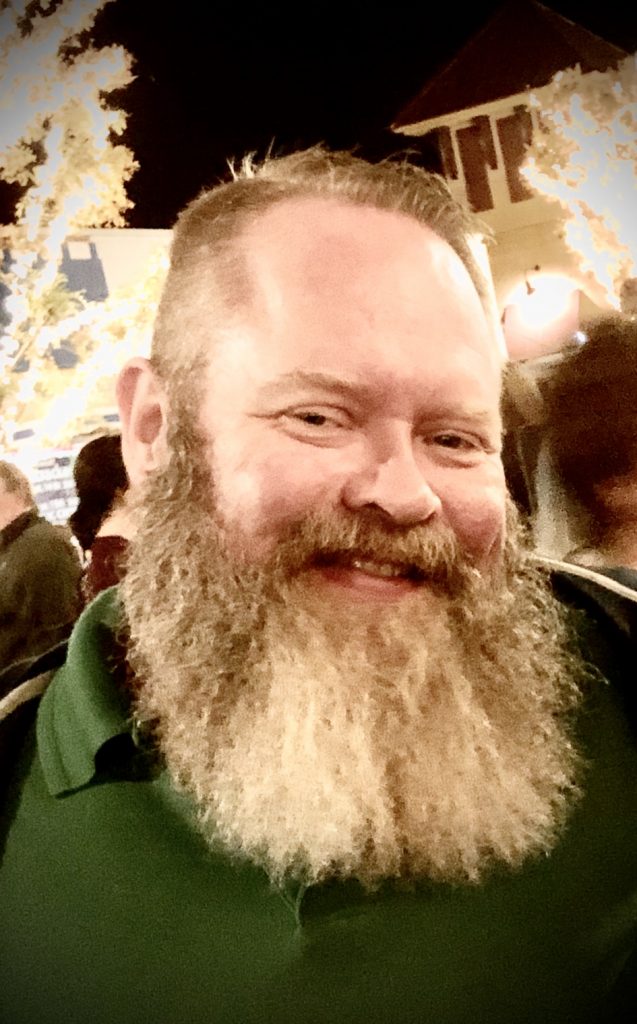 James William Butcher, Jr., a native of northern Ohio who moved to Fairhope, AL in 2010, passed away on Wednesday, May 13, 2020 at home surrounded by family and friends, following a lengthy illness. He was 51.

Jim was a 1987 graduate of Olmsted Falls (Ohio) High School.  He received a Bachelor of Science in Business Administration from Youngstown State University and was a former Navy Seabee based out of Little Creek, VA. He was a volunteer and board member of Prodisee Pantry in Spanish Fort, AL for several years.  He was a former officer of BAMA; FOF, Fundraising for Fairhope Fire Department, Ecumenical Ministries, and worked on the Repair Baldwin Project.  Jim was an avid glassblower, marksman, and commercial butcher specializing in barbeque preparation.  He loved living near the water, music, art, cooking and Jeep off-roading, and was passionate about Veterans causes. Jim had many friends with whom he enjoyed spending time, especially boating on the Fish River and sailing with his grandfather in Lake Erie and later on Mobile Bay.

Jim was preceded in death by his mother, Susan Renz (nee Allen/Butcher); and grandfather, John W. Allen, both of Fairhope, AL and grandmother, Anne Allen of Mentor, OH.

In lieu of flowers, the family asks that memorial donations be made to Operation Reconnect to support our veterans at: https://www.operationreconnect.org/getinvolved.

Because of Covid-19, there will be a memorial and celebration of life at a later time and date, which will be announced.

Expressions of condolence for the family may be made at: www.hughesfh.com.  Hughes Funeral Home, 26209 Pollard Road, Daphne, AL, is assisting the family.