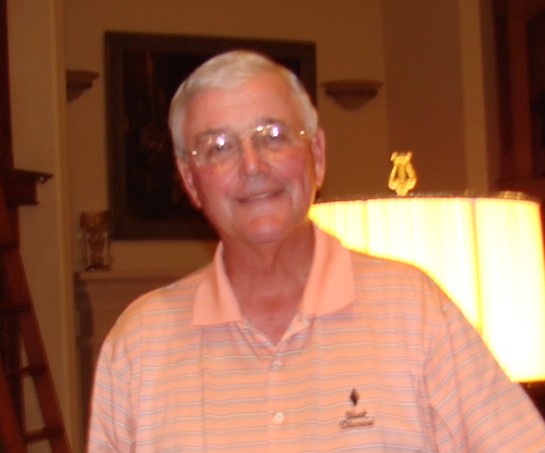 Jerry A. Lemmons, 85, a native of Boonville, Indiana and a 7-year resident of Fairhope, Alabama, left this life on January 8, 2023.  He is preceded in death by his mother, Golda Killebrew, and father, Floyd Lemmons, and his wife of 60 years, Janet Lemmons, who died almost three years prior to the date.

Jerry and Janet met at University of Evansville, where Jerry was enrolled before he transferred to Indiana University and earned an undergraduate degree in Geology and an MBA from the IU School of business in 1960.

Jerry began his career with Mead Paper Products in Toledo, Ohio and then moved to the Sims Group in Cincinnati.  He was hired by Mellon Bank, in Pittsburgh Pennsylvania about 1970 as their first Comptroller.  He was well-suited to the task which required analyzing financials and systems of both the bank (now named: BNY Mellon) and companies which were being acquired and merged.  His aptitude with valuation and numbers took him to many places – including Continental Bank in Chicago, Premier Bank in Baton Rouge, LA, Valley American Bank and Trust in South Bend, IN, and then later to the Federal Government during the failed S&L crisis.  He became known as a fix-it specialist to rework bad-debts portfolios for many institutions and spin them off and sell them.  He tried to retire a few times and finally successfully did so, and with his wife, Janet, they moved to Black Diamond Ranch in LeCanto, Florida.  They later moved to be closer to their daughter, Dana, in Fairhope, Alabama where he lived for over 7 years.

Jerry loved to play golf, was an audiophile (he loved to make reel-to-reel and later cassette mixtapes on his incredible sound system and musical collection he had) in his home in Pittsburgh, PA.  He also loved to watch and venture on college and professional football, as well as basketball. To be better at his craft, he had what would be perceived as the first Internet computer to run team and player statistics in both college and professional sports.  He would analyze them thoroughly and statistics would shoot out of a computer with roll paper.  Information would come from a phone in the back of the computer and a high-pitched signal.  We had no idea at the time how advanced this was or even what he was doing.

He was known for his sense of humor, colorful vocabulary, his love of order, a bit of a temper and his honesty to everyone he met.  He was not fond of working in the yard or operating any power tools.  He was fond of driving his jaguar to the golf course and listening to his musical mixtapes loudly along the way.

A celebration of his life will be in Pittsburgh, PA on Saturday, March 4, 2023, at Calientes in Mt. Lebanon (upstairs room) from 6PM-9PM.  Come share your stories with his kids, Eric and Dana, and his grandkids, of your fond or colorful memories of their dad or just stop by to say hello and listen to some of his favorite music.

Expressions of condolence for the family may be made at www.hughesfh.com. Hughes Funeral Home, 26209 Pollard Road, Daphne, AL, is assisting the famiily.