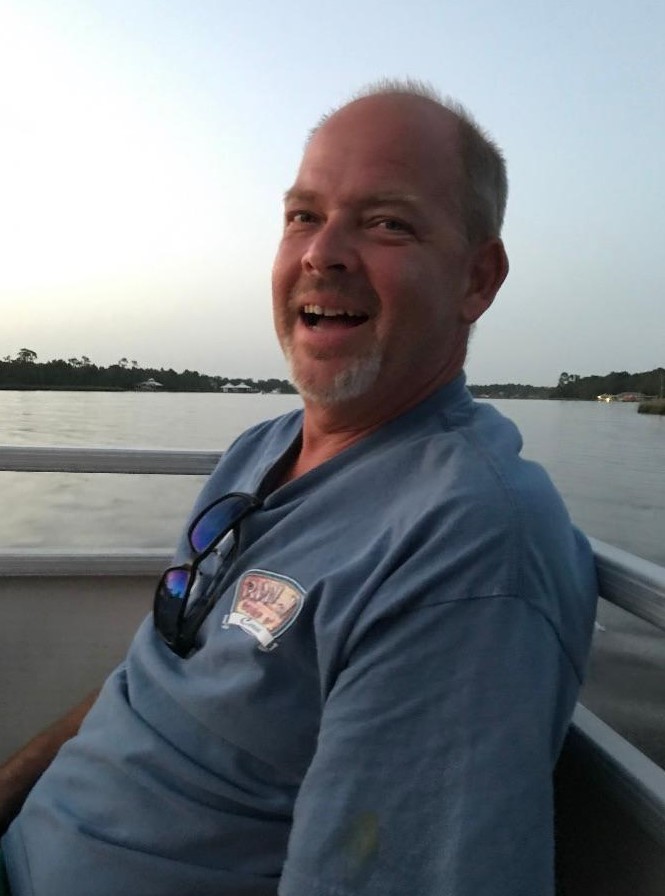 Mr. John Elmore Barnett, 54, a native and lifelong resident of Mobile, AL, died Tuesday, February 12, 2019 with his wife and daughter at his side, while son Jacob sped to join them from his jobsite. Mr. Barnett, also known as “Tractor” by his family and childhood friends, loved spending time grilling on the back porch with family and friends, boiling crawfish, playing jokes and poker, riding his motorcycles, and relaxing on the water in the family boat.  A Master Plumber by trade, he lived to help others always looking for a better way to do anything confronted with.  This often included adding more horsepower or some other mechanical feat.

John married his high school sweetheart, Lee Imsand, shortly after their graduation and they recently celebrated their 30th wedding anniversary.  Together they raised a beautiful family beginning with daughter Sarah, followed by son Jacob.  Never to be outdone, he overcame the physical limitations of his illness last week in order to give his daughter Sarah’s hand in marriage to Mr. Tyler Kincey.

There will be a visitation with the family on Wednesday, February 20, 2019 at Little Flower Catholic Church, 2053 Government St, Mobile, AL, beginning at 11:00 a.m. followed by a mass of Christian burial at 12:00 noon.

Expressions of condolence for the family may be made online at www.hughesfh.com.  Hughes Funeral Home is assisting the family.