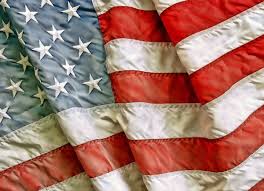 On early Friday January 18,2019 – My Wonderful Uncle – John Peter Pagliughi/Palughi – Passed away after a near 20-year struggle with 4 cancer assaults & The resulting reconstructive surgeries. He was born December 28,1941 – making him 77. Yes – He spelled his name both The Old Italian Way & The New American Way – A practice he used – as His Father did – That is John Anthony Pagliughi/Palughi Sr. – yes – My name is John Anthony (Tony) Palughi II – I’m named after My Grandfather. There was some thinking that “An American Way of a Family Name”, would ease assimilation – to The New Country. The Family History goes back even farther back – The Pagliughi Folk are descended – on the Paternal Side from Bedouins from The Tripoli part of Africa. Yes – The Profit was A Land Pirate & My Folk were Sea Raiders. My Grandfather – told me The Raiding Pirates where shipwrecked on The Upper West Coast of The Italian Peninsula – Close to The City State of Genoa. O.K. the former pirates are stranded & they are to be killed on capture – because nobody likes murderous pirates & As A Clan/Family – the decision was made to conform, to be quiet & They did – A lesson I’ve yet to learn. Time goes on – The Noble Families of Genoa wants to collect tax from the now civilized, converted Catholic & another decision was made. The Clan moved to Frodolor – in The Hill Country of The Po River Valley (Not finding this on An Italian Map), which is 2 days ride by donkey to Piacenza – The Place where The 1st Crusade was declared.  The Genoise were informed to come get The Tax – The way I heard it – They never did – the intricacies of Lombardi Politics are beyond me. The Brothers to come over here – to have a better life & as time advanced – Uncle Frank (Perhaps there is a french side of the family I do not  know about) Uncle Mike, Uncle Joe & Pa Pa Johnny (I may have left someone out) – around 1903ish. Uncle Mike stayed in New York & Uncle Joe & Johnny came to Mobile (My Grandfather wanted to go to Alaska – Joe told him to stay here & he did. He married Missouri Elizabeth Nichols. Now Maternal History. The Nichols Clan are mostly Of The Cherokee Nation. The Horror of A President Andrew Jackson resisted & expelled The Invading British – Yes – With good Cherokee help – As a Thank You To The Nations – He put The Cherokee on The Trail of Tears & Grandmas Folk left that lovely excursion & headed South. It appears That The Cherokees – had a written language, published a printed newspaper & there was/is Gold in The Georgia Hills. The Palughi Clan – have gone from both extremes – Murderous Slavers – interested is short term gain – to the bottom of the shoe middling poverty – seeking to be unnoticed – with simple endurance, to persevere – perhaps as a clear family unit or perhaps not – time will tell.  Grandpa & Grandma had 2 sons – My Father – Delano Joseph Palughi & My Uncle Peter. Peter attended Lienkauf Elementary, then he attended McGill High School, then he attended The University of Alabama in Birmingham – for a year – then He was in The United States Army. He was trained for intelligence work – He received dispatches & relayed information on “The Board” in The Operations Room – Yes – He could write backwards & in rapid legible script. He told about seeing Johnny Cash being arrested in El Paso, Texas – He said “I never saw a fellow as popped up on pills & drunk – as that guy.” With An Honorable Discharge – He was hired to The Mobile Plant for A.L.C.O.A. A Trade Unionist – like myself – He worked as A Millwright – until The Plant closed. My Uncle took care of His aging Father – Then His aging Mother. He finished out his career in the Tennessee Plant. An Annual Health Exam – A Lump was discovered – on the left side of his neck. On to M.D. Anderson – The Best Head & Neck Facility In the world – Aggressive Radiation, Chemotherapy & an 11 hour operation was performed. This first radiation – dictated his resulting treatments. I’ve no initials – in front or in back on my name – Radiation cooks the cancer & the healthy tissue – after 2 rounds of radiation – the recovery was as bad as the disease. The things a healthy person takes for granted – Swallowing – a no go – no swallowing – no eating – a feeding tube was installed – for years – nothing by mouth & My Uncle was better cook – than I am with training. A paralyzed vocal cord – all communication – with a dry erase board. Loss of tear producing – constant ointments to lubricate his eyes – My observant Brother – Vincent Gregory Palughi noticed that – when asleep – his eyes did not close – I was with him & I never noticed this. One procedure was to install Gold weights in his eye lids – to help with moisture. Thank You All – for taking time to remember My Uncle – He was quiet & usually of good humor – even when sick. He was Catholic – until his end & in general – He liked People.

In lieu of flowers, the family asks that donations be made to the American Cancer Society, https://donate3.cancer.org/

Expressions of condolence for the family may be made at www.hughsfh.com.