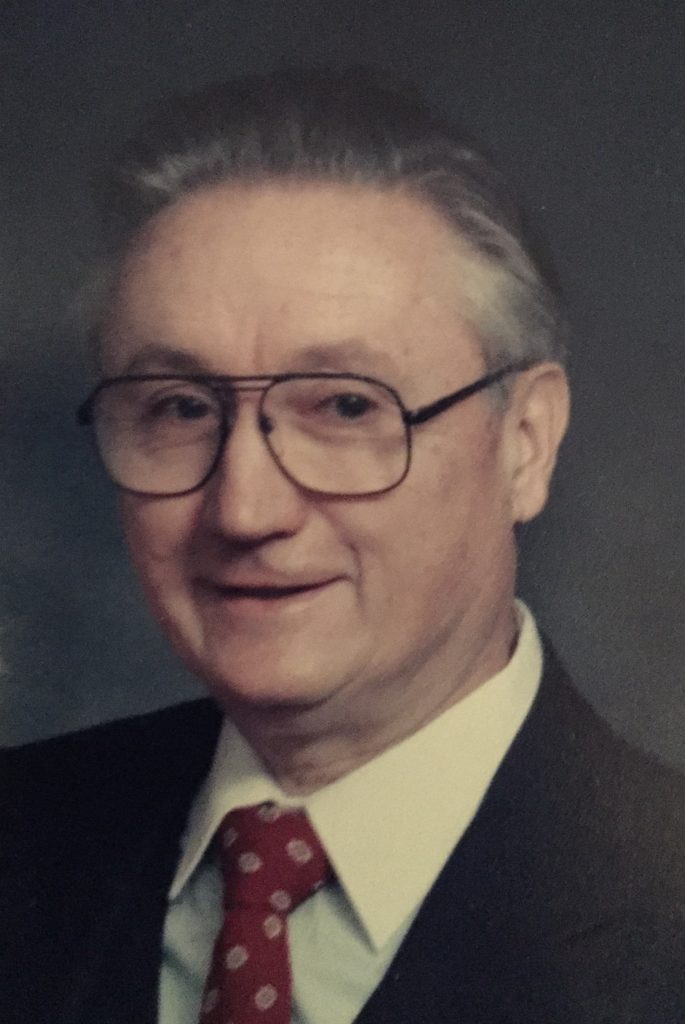 He lived for many years in both New Jersey and upstate New York   He and his wife spent their early retirement years in Southern California before returning east and most recently resided in Pensacola, FL and Fairhope, AL.  From April 2016, until his death, he had been a resident of William F Green Veterans Home.

John was a graduate of King’s Point Merchant Marine Academy and proudly served during World War II.  He was a veteran of the Coast Guard.  Following the war, he remained in the Merchant Marines until 1956 and then went on to work for 31 years as an Engineer for Carrier Corporation.

In addition to his parents, Joseph Edwin Cooke and Margaret Matthews Cooke, he was predeceased by brothers, Edwin and Thomas; and sisters, Claire and Margaret (Peggy).

A lifelong Catholic, John was a member of the Knights of Columbus.  He also volunteered for many years with the Boy Scouts of America and was a very proud father of two Eagle Scouts.  He and his wife Bonnie enjoyed traveling and entertaining.  He loved a good joke, a good meal and a dry martini.  He very much enjoyed spending time with his extended family.

The Cooke family would like to thank the entire staff of William F Green Veterans Home for the kind care he received in their facility. We are forever grateful.

A memorial Mass will be celebrated at St. Lawrence Catholic Church, Fairhope, AL on January 22, 2019 at 11:00 am.  A committal service with Military honors will follow at the Alabama State Veterans Cemetery in Spanish Fort.

Online expressions of condolence for the family may be made at www.hughesfh.com.  Arrangements by Hughes Funeral Home, 7951 American Way, Daphne, AL 36526.