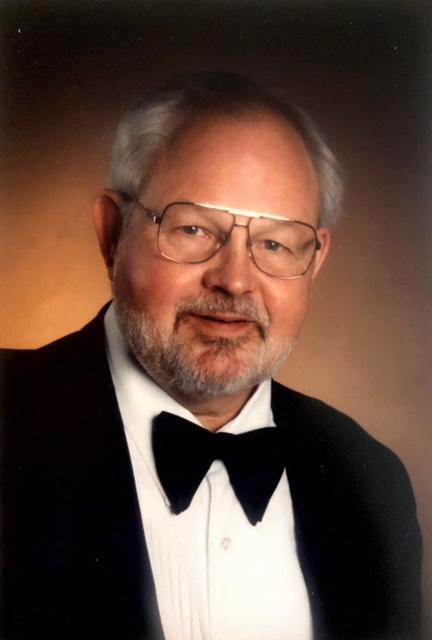 Douglas “Randy” Bridges, beloved husband of Vivien Marie Bridges, son of Orphie and Marjorie Bridges of Columbus, Indiana, went home to be with his Heavenly Father on March 21, 2021.

Randy was the oldest of 6 children and a graduate of Purdue University, Indiana University School of Law, and served as a Lieutenant in the United States Navy. He had a distinguished legal career in private practice, was a deputy prosecutor, and served as a Monroe County Superior Court Judge for nearly 30 years. He made an indelible mark on the Indiana courts system often championing new innovative pathways in law or process. In spite of his in-depth understanding of the law, he was often heard saying, “Just use your common sense in the courtroom”. He once oversaw the sentencing of Purdue students who were accused of breaking the display glass at the Indiana Memorial Union to try and steal the Old Oaken Bucket. He sentenced them to community service, and an essay, but kept the brick they used to break the glass on his office desk for years.

He loved his community and attempted to make it better for those struggling with a need for justice, those impacted by a traumatic experience, and those who needed a second chance. He spent countless hours in service of his fellow man in many capacities. Judge Randy was a Rotary District Governor, Mentor to IU law school students and moot court, Past President of the Boys and Girls Club of Bloomington, Creator of halfway houses, and focused on the development of local United Way agencies, as both a volunteer and program developer. He also led the effort to fund the first Monroe County Public Defender’s office and was recognized by the Probation Committee as a tireless advocate for reform. He loved all sports, but especially Indiana University Football and Basketball. Randy lived the Rotary motto of “Service Above Self” his entire life and, upon retirement, was awarded the Distinguished Hoosier Award by the Governor, recognizing his achievements that improved the quality of life for many. He was a world traveler, an avid seaman, loved adventure and his family, with a special gift for guiding and supporting his children and grandchildren. Many adventures occurred travelling with Grandpa and boating on Lake Lemon.

He is survived by his wife, Vivien, his brothers Robert “Rocky” Bridges of Ohio and Steve Bridges of Auckland, New Zealand, and his children Bradley (Sally) Bridges of Maryland, Missy (Cam) Cameron of California, John (Debbie) Bridges of Oregon, Sarah Bridges of Florida, Heidi (Doug) Cramer of Ohio, Matthew (Kara) Gerstman of Indiana, and 15 grandchildren. He was preceded in death by his siblings Tom Bridges, Sandy Pelton and Sandra Newkirk.

Eucharist service will be in person and live streamed at on April 10th at 11:00am (CST) in Daphne, Alabama at St. Paul’s Episcopal Church (stpauleasternshore.com).  An internment service will be held on May 22, 2021 at Trinity Episcopal Church starting at 11:30am (EST) in Bloomington, Indiana followed by a Celebration of Life at Nick’s English Pub Upstairs, (12:30pm) to which all who knew and loved Randy are welcome.

In lieu of flowers, memorial donations can be made to: