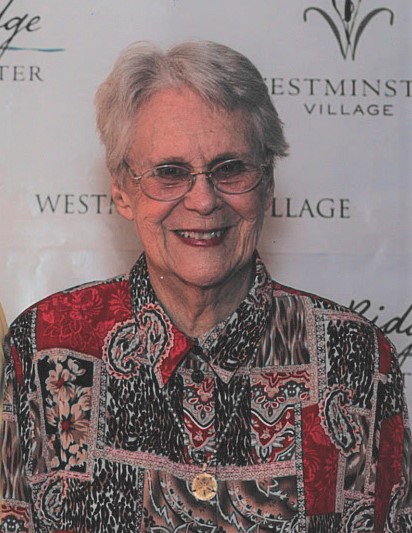 Kathryn Louise Jesse Neidl, a native of Antigo, WI and a resident of Westminster Village in Spanish Fort, AL, passed away on April 23, 2022, at the age of 97.

Kathryn was born and raised in Antigo, WI.  She graduated from Antigo High School, class of 1942 and Madison School of Nursing, class of 1946.  Kathryn married Peter J. Neidl on October 11, 1947, and she went on practicing nursing in Wisconsin and Nebraska for many years.

She is survived by one sister, Lois Bressler of Foley, AL and one brother, Robert Jesse of Lakewood, CA, and several nieces, nephews and great-nieces and nephews.

The family would like to extend a special thank you to Kindred Hospice, and especially her nurse, Amber, Westminster Village sitters, Willowbrook Staff, and her special friend, Carolyn B.

Burial will take place at Elmwood Cemetery in Antigo, WI at a later date.

In lieu of flowers, memorial contributions may be made to Red Robin Scholarship Foundation, at P.O. Box 214, Antigo, WI 54409.

Expressions of condolences for the family may be made at www.hughesfh.com. Hughes Funeral Home, 26209 Pollard Road, Daphne, AL, is assisting the family.