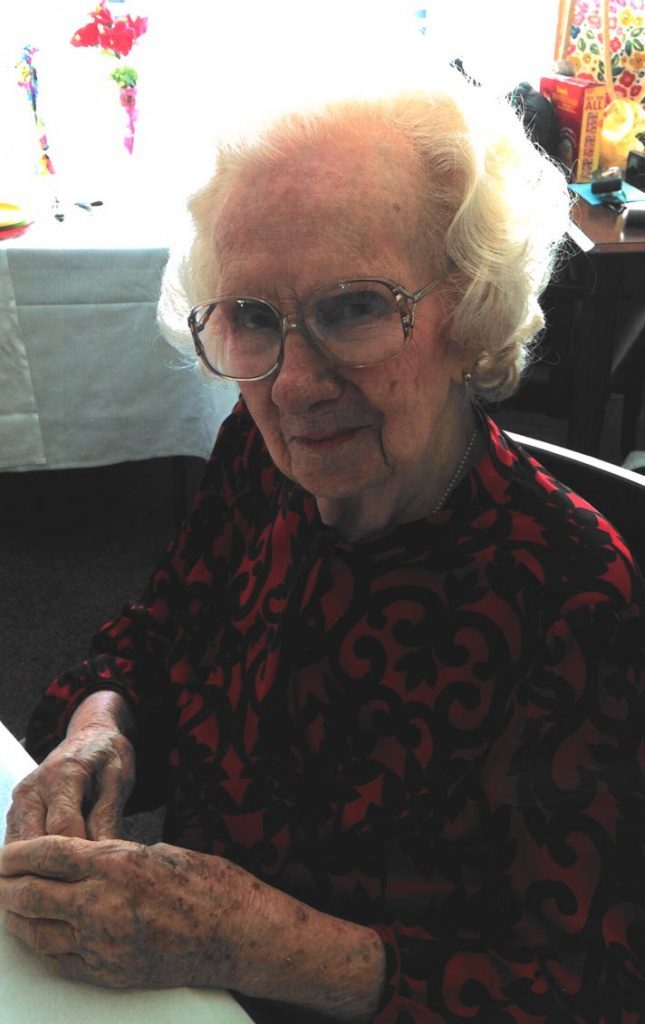 Kathryne Morrow Pinnix, age 102, went to her Heavenly home on Sunday, March 24, 2019 at Westminster Village in Spanish Fort where she has made her home since Hurricane Katrina.

She bravely faced the loss of her home and all she loved in Hurricane Katrina. And at the age of 90, she fought and won her battle with breast cancer!

She was a wonderful, mother, grandmother and great-grandmother, and was fondly called “Kattail” by those who loved her.

A private graveside service will be held at a later date.  In lieu of flowers, the family asks that donations be made in her memory to a charity of your choice.

Expressions of condolence for the family may be made online at www.hughesfh.com.  Hughes Funeral Home is assisting the family.