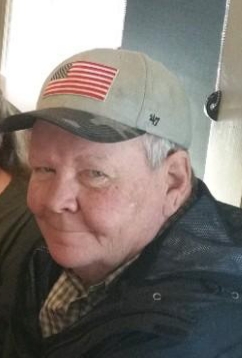 Kevin Joseph Cadigan, age 64, a resident of Silverhill, AL, passed away on Monday, May 13, 2019. Kevin grew up in Annandale, VA and went to St. Michaels Catholic School and Annandale High School. He attended James Madison University in Harrisburg, VA where he received his degree in Mass Media and Communications and was a member of Alpha Chi Rho (AXP) fraternity. Kevin worked at Hoppmann Corp. for many years as a purchasing manager. He was an expert photographer, enjoyed playing the guitar, loved nature, and spending his time outdoors fishing and camping. Kevin was the Monday brownie man at the Corry USO in Pensacola, FL.

Kevin is preceded in death by his parents, Joseph and Rita Cadigan; sister, Joanne Cadigan and brother, Brian Cadigan.

A Memorial Mass will be held at Holy Trinity Catholic Church in Gainesville, VA on Saturday, June 15, 2019 at 10:30 a.m. A graveside service to be held at Barrancas National Cemetery in Pensacola, FL at a later date. In remembrance of Kevin, the family suggests donations be made to USO Northwest Florida at P.O. Box 33135, Pensacola, FL, 32508.

Expressions of condolence may be offered at www.hughesfh.com. Hughes Funeral Home & Crematory in Daphne, AL is assisting the family.