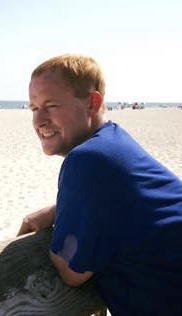 Khris graduated from Murphy High School in 1991 as Salutatorian of his class.  He was offered full scholarships at numerous universities.  He graduated from Tulane University in 1995 on a full scholarship with a BS degree in Psychology.  While attending Tulane University, he studied abroad at Cambridge University in London, England where he worked at the U.S. Embassy.  Following his studies, he toured France, Italy, Germany, Ireland, Switzerland, Belgium, and Austria.  After graduating from Tulane, he moved to Boca Raton and later to Miami Beach to pursue a career in the Information Technology field.  Throughout his career, he’s worked in Atlanta, Cincinnati, Chicago, and Washington D.C.

In lieu of flowers, memorial donations may be made to the Mobile SPCA, 620 Zeigler Circle W, Mobile, AL 36608 or online at www.mobilespca.org/donate/