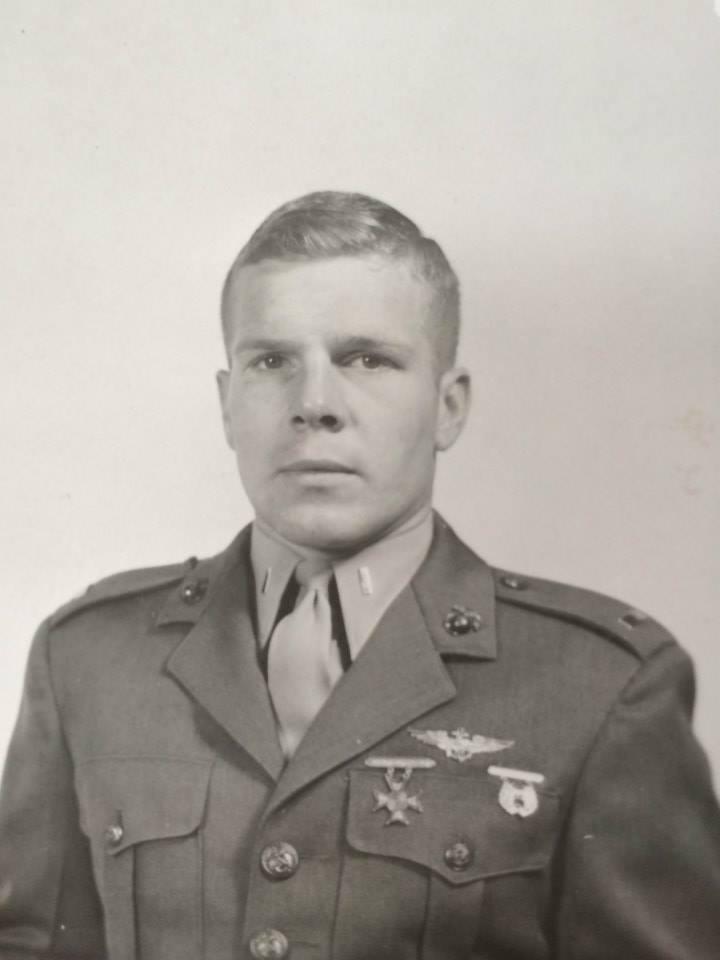 It is with a heavy heart that the family of Lawrence (Larry) Eugene Grodzicki announces his passing after his battle with cancer on Friday, February 8, 2019 at the age of 83 years. Larry was born on March 6, 1935 in East Chicago, Indiana and resided for over 50 years in Baldwin County, Alabama.

Larry will be lovingly remembered by his wife, Jaclyn Aucoin Grodzicki of 60 years, his children, Joey (Valla), Jacelyn (Tim), and Lare (Allison). Larry will also be fondly remembered by his six grandchildren, Holly, Jordan (Sean), Callie (Chris), Julia, Luke, Lilly, and by his sisters Ruth (Lance) and Marilyn (Bill). Larry was preceded in death by his parents, Joseph Stanley Grodzicki and Pauline A. Kwiatkowski, as well as by his siblings, Joan Grodzicki Costa and Andrew Joseph Grodzicki.

Larry is a 1957 graduate of Wabash College with a degree in Economics, where he was a 4-year football letterman of the Little Giants football team. He entered into the United States Marine Corps immediately following his graduation. While serving as an active-duty second lieutenant in the United States Marine Corps in Quantico, VA, he became a naval aviator flying a T-28C Trojan USN Trainer. He then preceded to attend flight school in Pensacola, FL where he met the love of his life and graduated flying HSS-1, HUS-1 and HUS-1A helicopters, as well as a Sikorsky UH-34D. Larry’s pride for his country and for his service in the United States Marine Corps was at the core of who he was. He died a loving husband, father, grandfather, brother and proud Marine.

As a final request, Larry did not want a funeral until the future passing of his wife so that they may be remembered together as one. Flowers in memory of Larry may be sent to Jaclyn Grodzicki at 18117 Scenic Hwy 98 Unit 100, Point Clear, Alabama 36532 and donations may be sent to the Michael J. Fox Foundation for Parkinson’s Research: https://www.michaeljfox.org/get-involved/donation2.php?navid=one-time-gift..  Expressions of condolence may be made for the family at www.hughesfh.com.  Hughes Funeral Home, 7951 American Way, Daphne, AL is assisting the family.