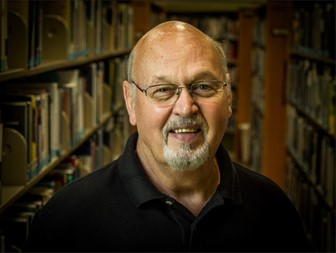 Lee M. Shelton was born in Amarillo, TX and was born the first son of Lee and Yolande Shelton.

He was an undergraduate of the University of Oklahoma, and earned his Master’s Degree from New York State University.  Designated an Outstanding Military Graduate (AFROTC), Lee received a Regular Commission in 1966.  Lee earned his wings in 1967 and spent the balance of 1967 and 1968 flying the C-7A Caribou, supporting Special Forces units in Vietnam’s I Corps.

In 1977, he applied and was accepted into the SR-71 program and flew the aircraft for over 700-hours in next 6-years as an aircraft commander, instructor pilot and flight examiner.  Lee remained with the Blackbird program in numerous staff and command positions…completing 16 of his 27-year Air Force career in key SR-71 billets.  In August 1987, Lee hit his personal jackpot and was selected to command the SR-71 forward operating location “Detachment 1” at Kadena AB, Okinawa, Japan. He was the last Det 1 Commander in Okinawa, Japan and executed the final sortie when Congress terminated the Blackbird program in 1990.

He is a command pilot over 4000 flying hours in six different aircraft.  Well over 1000 of those hours are recorded as combat time.

Following his USAF retirement in 1993, Lee continued to specialize in the operations arena, working as a senior executive for two major corporations with assignments in the United States and overseas. Additionally, he taught Project Management for the University of Nebraska Business Development Center.  He retired from the corporate marketplace in 2010 and relocated to Fairhope, Alabama.

Lee’s retirement was characterized by service and energy. He was an active small business mentor and repeat chairman of the local SCORE Chapter and a hands-on supporter of the Fairhope Library’s Current Events Roundtable. He was a life-member of the Order of Daedalians and an active member of The Ancient Aviators of South Alabama. He was especially proud of the very brief opportunity to serve on the Fairhope Airport Authority Board.

Soon after moving to Fairhope in 2010, Lee and Pat were fortunate enough to develop a wonderful group of friends. He got to know their neighbors by participating in the homeowners’ association and served in several positions including president. He also discovered a diverse circle of friends at Bouch’s Cigar Shop.  They frequently sat together, shared the sanctity of cigar smoke, and talked about current events.

In lieu of flowers, Lee requested donations be made in his memory to either Hillsdale College https://secured.hillsdale.edu/hillsdale/support-hillsdale-college or the National Pancreatic Cancer Foundation https://www.npcf.us/donate-volunteer/ways-to-donate/donate/