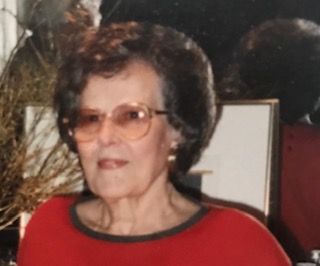 Lettie Revette Partridge, a longtime resident of Mobile, passed away on January 11, 2019 at the age of 98.  Born in State Line, Mississippi on July 3, 1920, she moved to Mobile during World War II, and for several years worked for Alabama Dry Dock and Shipbuilding and Waterman Steamship Company.

Her life will always be remembered as one of self-sacrifice, unconditional love and unwavering loyalty for her family and friends.  She had a unique ability to connect with anyone she encountered, from all walks of life.  Possessing a keen wit and unique sense of humor, she easily brought laughter and smiles to both close family and casual acquaintances, even as she advanced in age.  She had many favorite sayings, but as she always said, “I did the best I could with what I had.”

A graveside service will be conducted at 11:00 a.m. on Friday, February 22, 2019 at Catholic Cemetery in Mobile, AL. Expressions of condolence may be offered at www.hughesfh.com. Hughes Funeral Home & Crematory in Daphne, AL is assisting the family.