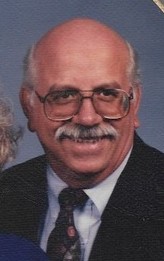 In 1964 while serving in the Army, Ray and Doris Massey were married in Greenville, Mississippi.  They resided in Brewton and later moved to Mobile in 1966, where Ray started his career as a salesman of office supplies and equipment.  They have been residents of Daphne, Alabama since 1987.  They were active members of Belforest Baptist Church which later became 3Circle Church.  Ray loved serving on the parking and greeting teams for many years.

Ray was an avid fisherman and a proud member of the Mobile Bass Masters Club and was always dreaming about catching “The Big One.”  He also enjoyed reading, working in his garden and spending time with his family, which included keeping the pantry full of special treats for the grandchildren.

Visitation at 3Circle Church, 10080 County Road 64 in Daphne, will be on Thursday, March 24, 2022, beginning at 10:00AM. A celebration service with Pastor Nick Williams officiating will begin at 11:00 AM. Interment will follow at Alabama State Veterans Memorial Cemetery, Spanish Fort, AL, at 12:30PM.

In lieu of flowers, the family asks that donations be made in his memory to the Tunnels to Towers Foundation at https://t2t.org/donate/