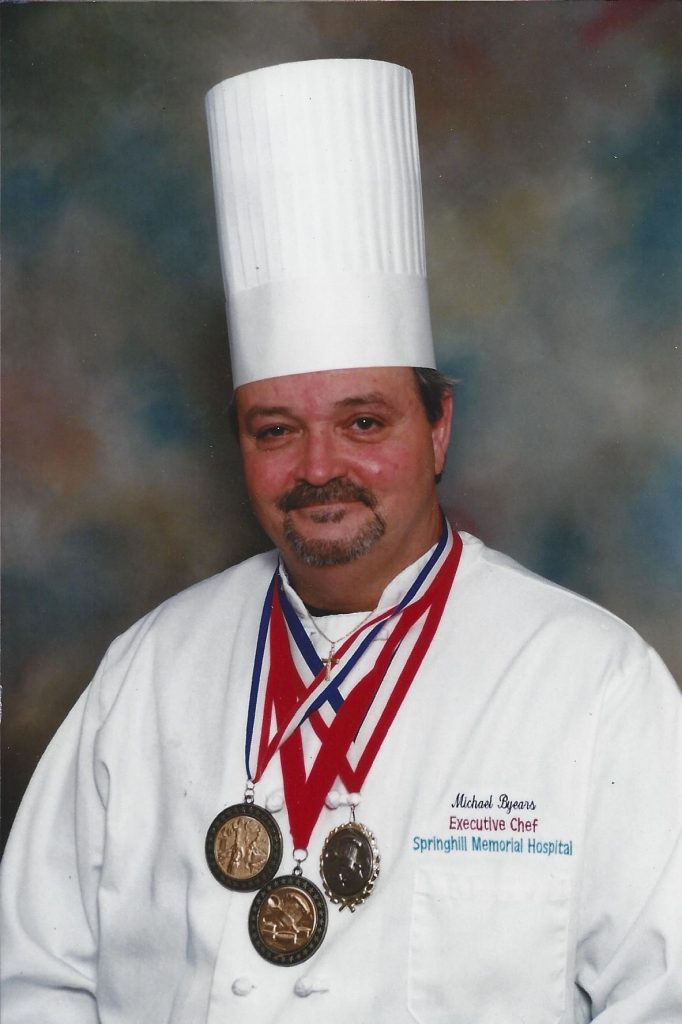 Michael attended Nicholls State and Louisiana State Universities.  He graduated from Cornell University in 1999 with a Bachelor’s degree in Culinary Management.  He was awarded his Certified Executive Chef designation in 2003 from the American Culinary Federation.  He worked at Commander’s Palace and Harrah’s Casino before becoming “Chef Mike” at Springhill Memorial Hospital for 13 years until his retirement in 2012.  He obtained certifications from the Culinary Institute of America.  “HogChef” was a proud member of the Patriot Guard Riders motorcycle organization.  In his spare time he dedicated much of his time to veterans.  He had over 400 rides with the Patriot Guard Riders of Mobile, AL at the time of his death.  Mike truly honored and respected our military veterans.

Michael was preceded in death by his parents, James & Lillian, and step-mother Peggy.  He is survived by his daughter Jessica Webster (Hunter), and two grandchildren, Kaelin and Gavin of Shalimar, FL.  Michael was a loving and devoted father, grandfather and friend.

Expressions of love and sympathy may be placed and viewed online at: Hughes Funeral Home, www.hughesfh.com.