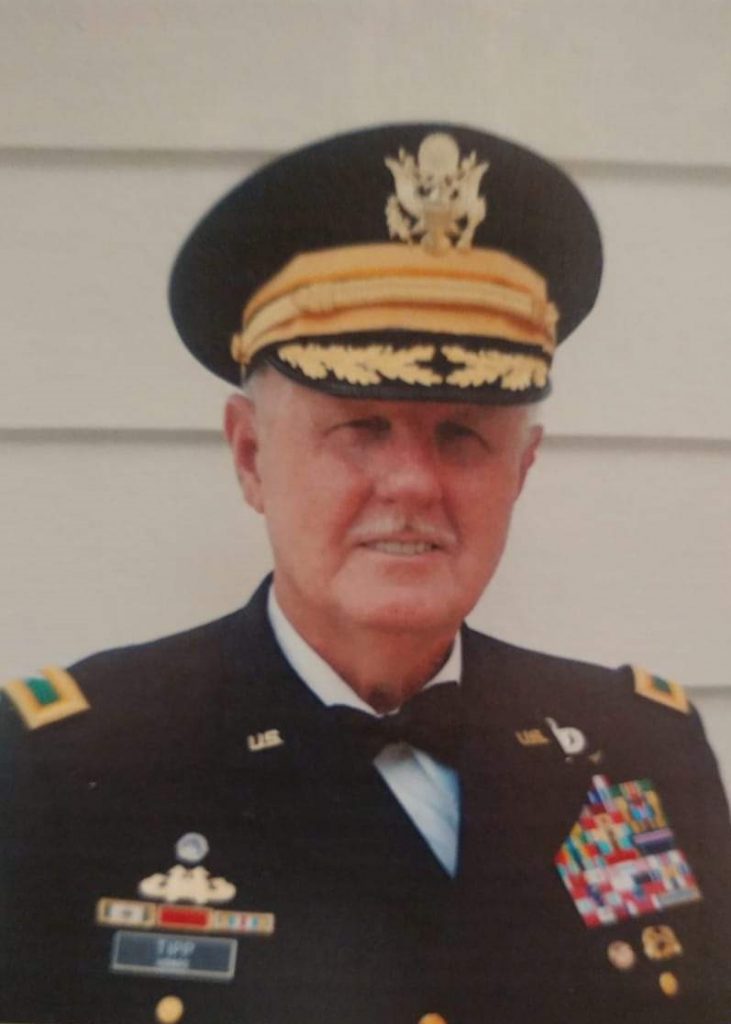 Phillip Wayne Tipp, 76, of Mobile, AL, passed away suddenly on Wednesday, April 29,2020.
Phillip was born in Mobile, Al to William Cawthon Tipp and Evelyn Moody Tipp. He attended Leinkauf Elementary School, Barton Academy and Murphy High School, where he was a star athlete.
Phillip enlisted in the U.S. Navy and was part of the Cuban Missile Crisis. He spent six years in the Navy, then transferred to the Army National Guard where he served 24 years and retired with the rank of Staff Sergeant. Upon retirement, Phillip joined the Alabama State Defense Force, where he rose to the rank of Lieutenant Colonel (honorary), and continued on with the United States Defense Force, where he rose to the rank of Major General (honorary).
Phillip was a former City of Mobile Police Officer and was selected to be a member on the initial SWAT team for the City. Phillip’s law enforcement career included Police Chief, Millry, Al, Reserve Training Officer for the City of Prichard, AL, and Reserve Officer for the City of Fairhope, Al.
He retired from the Alabama Department of Transportation after working 15 years as a Tunnel Control Operator. Phillip loved the New Orleans Saints, attended many of their games and loved sports. He was an avid Bass fisherman and loved spending time with his best fishing buddy, his son Mike.

A Memorial Service with Military Honors will be held Monday, November 23, 2020 at 11:00 AM at the Alabama State Veterans Cemetery, 34904 Alabama Highway 225, Spanish Fort, Al 36577.
In lieu of flowers, Memorials can be made in Phillip’s name to Little Flower Catholic School Endowment Fund, 2053 Government St, Mobile, Al 36606.  Expressions of condolence may be offered at www.hughesfh.com.   Arrangements are by Hughes Funeral Home & Crematory, 26209 Pollard Rd., Daphne, AL, 36526.