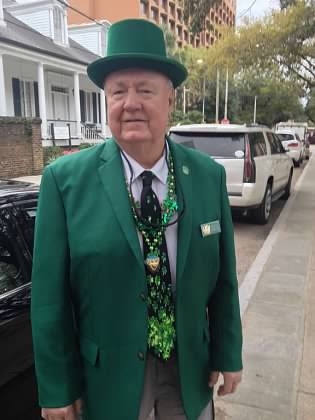 On Wednesday, May 6, 2020, Ralph Cecil Harrington, Jr., 72, of Mobile, AL passed away in a local hospital.  He was born in Montgomery, AL on June 10, 1947 to Ralph Cecil Harrington, Sr. and Barbara Etheridge Harrington.  He was a 1965 graduate of Murphy High School where he was member of Phi Sig Fraternity and then attended Livingston College. Ralph was a veteran of the US Navy where he proudly served as a Navy Seal.  He became a master plumber and was owner of Harrington Plumbing in Mobile.  He enjoyed being a member of the Friendly Sons of St. Patrick. He is preceded in death by his father, Ralph C. Harrington, Sr. and his nephew, Steve Dorsey.

A private family celebration of Ralph’s life will be held at a future date.  In lieu of flowers, the family suggests memorial donations be made to the Mobile ASPCA, 620 Ziegler Circle, W, Mobile, AL, 36608, https://www.mobilespca.org/ or the charity of your choice.  Expressions of condolence may be offered at www.hughesfh.com.  Arrangements are by Hughes Funeral Home & Crematory, 26209 Pollard Rd., Daphne, AL.