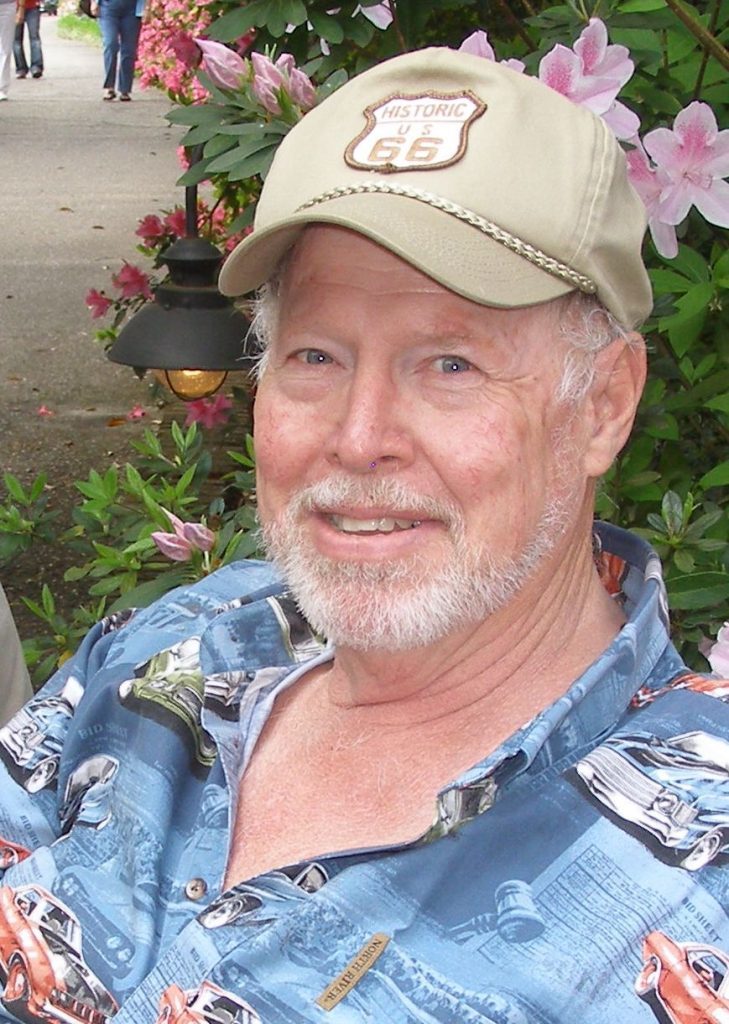 Rev. Dr. Dennis L. Tubbs, 72, Dennis the Minister, entered heaven May 19, 2019, from Mobile, AL, and there was a big barbecue at his house the first night, as he always said there would be.

He loved his childhood in Banning, CA, where he was raised by his mother, Florence Opal Jennings, and his grandmother, Margaret Ryder. His father, James Orval Tubbs, died when Dennis was five as a result of injuries sustained in service during WWII. Dennis was keyboard player and singer in a high school rock-and-roll band.

After high school he began his career working for Pacific Bell and worked part-time as an officer with the Fontana Police Department. He married his high school sweetheart, and they had two children. He earned an A.A. degree in behavioral science and industrial management from San Bernardino Valley College, giving him incentive to start his own business in 1979 as the first licensed communications contractor in California.  He founded The Talk Shop, a residential telephone store, and franchised four locations in Central California. From 1984-1993 he owned Tubbs Telephone Systems. He said he felt God’s call to go back to school, so he began his formal education at Chapman University in Orange, CA. where he earned his B.A. in communications in 1997. That same year he was named the university’s speaker of the year.

He was divorced and working on his Master of Divinity at Brite Divinity School at Texas Christian University in Fort Worth when he met Margie Addison Dale online. He sent her a picture of his face, and she said, “You have a nice face, but do you have arms? Arms are really important to me.” He had arms.

They married in 1999 and lived on campus until going to England where he finished his studies at Jesus College in Cambridge, graduating in 2002. He was ordained by Disciples of Christ in 2001 and became senior pastor at Countryside Christian Church in Shreveport, LA, Margie’s hometown.  After Shreveport, he accepted the call to start a new church, South Baldwin Christian Church in Foley, AL. He loved the people but not church bureaucracy. He was better suited for the Kairos Prison Ministry in which he had been a participant for years. He had a heart for the down-and-out and believed in “visiting the prisons, feeding the hungry, and clothing the naked” as a follower of Jesus. He was known to take off his shoes or jacket and give them away to people in need.

He began a 501C3, Life Connections Inc., of Alabama, and gathered like-minded people to serve hurting people.  Life Connections is still in operation. He received his Ph.D. in Clinical Christian Counseling in 2007 from Cornerstone University in Louisiana. After Katrina ravaged the coast of Louisiana, he was lead counselor aboard the Carnival Cruise ship housing refugees from affected areas. After that he became a hospice chaplain, where he played guitar, sang, and helped people prepare for death.

Dennis was a lover of Mexican food, especially menudo. His favorite movie of all time was “The Stand” based on a novel by Stephen King. He loved to travel and talk on the phone. His love of books and learning led to his owning an extensive home library.

Dennis touched many people, and we, his family and friends, will always be grateful for the time we were allowed to spend with him. We loved him. He saw Jesus in his hospital room on Saturday, and Jesus took him home on Sunday.

You would remember if you ever met Dennis the Minister because he would have taught you “the prayer.” He maintained that there is only one prayer to be prayed: “Say ‘Lord help, then shut up and let him.”